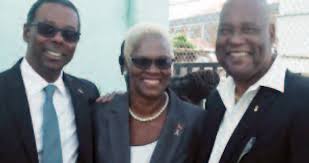 Three corruption-accused former Cabinet ministers – including ex-Finance Minister Harold Lovell – have had the case against them committed to the High Court.

Lovell, the UPP’s political leader, along with Jacqui Quinn and Wilmoth Daniel, may now have to face a judge and jury in a trial.

The trio is charged with two fraud charges and corruption relating to three Daewoo buses, worth over $600,000, that had been donated to the former UPP administration by the Korean government.

They are said to have converted the buses for their personal use and registered them at the Antigua and Barbuda Transport Board in their names, while they were in public office.