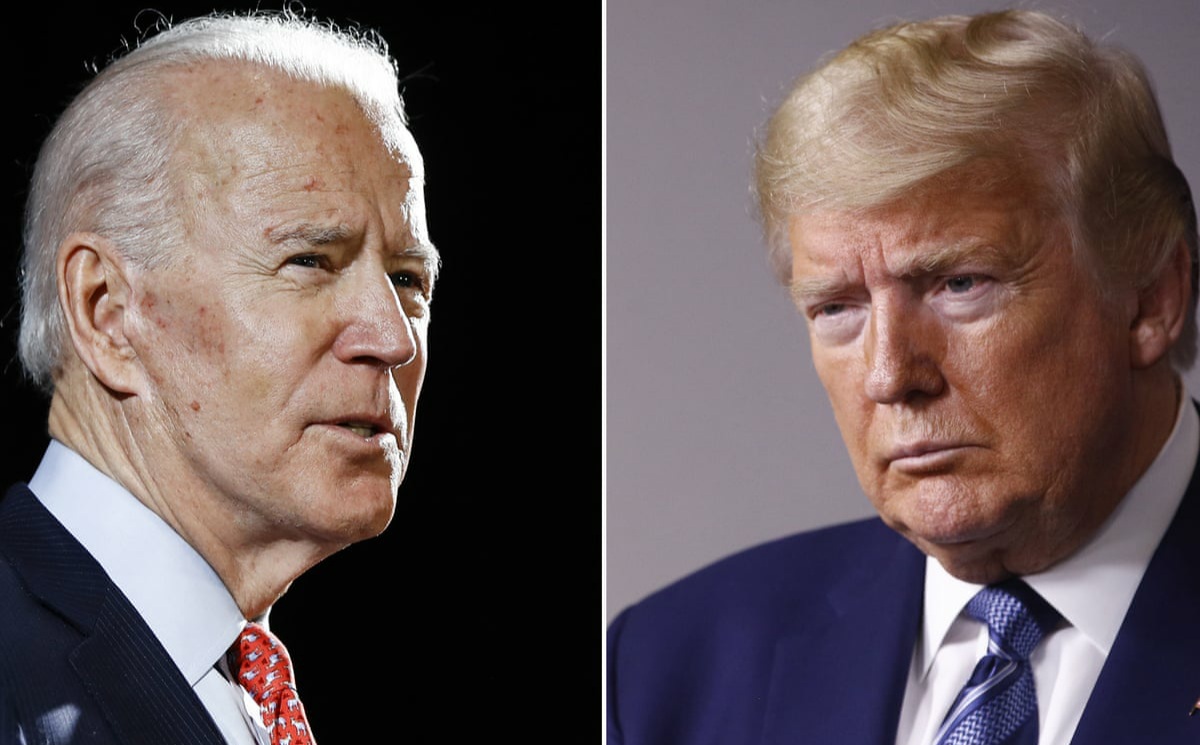 (BBC) – Donald Trump and Joe Biden each claim to be ahead in the US presidential election, even as the final outcome hangs on a razor’s edge and both sides gear up for legal action.

The Trump campaign is contesting counts in the key states of Nevada, Wisconsin, Georgia, Pennsylvania and Michigan.

The BBC projects Mr Biden won Michigan. US media forecast he took Wisconsin. No result has yet emerged in Pennsylvania.

Winning all three of these Rust Belt states would hand Mr Biden victory.

The Democratic candidate is also currently leading in Nevada and Arizona, while the gap is closing between him and Mr Trump as counting continues in Georgia.

Mr Biden has stopped short of declaring victory, but said he was confident he was on course to beat his Republican rival.

Overall turnout in Tuesday’s election was projected to be the highest in 120 years at 66.9%, according to the US Election Project.

Mr Biden had the support of 70.5 million voters, the most won by any presidential candidate ever. Mr Trump has pulled in 67.2 million votes, four million more than he gained in 2016.

The bitter election race was dominated by the coronavirus pandemic, which hit a new record high of 103,000 daily cases in the US on Wednesday, according to the Covid Tracking Project.

But the economy, which has been badly affected by the pandemic, was the most important single issue to voters, exit poll data indicated.

What are the campaigns saying?

On Wednesday afternoon, Mr Biden told reporters in Wilmington, Delaware: “When the count is finished, we believe we will be the winners.”

“I will govern as an American president. The presidency itself is not a partisan institution.”

He and his running mate Kamala Harris have launched a website for the transition of power, which says that their team “will continue preparing at full speed so that the Biden-Harris Administration can hit the ground running on Day One.”

Mr Biden also said he was feeling “very good” about Pennsylvania, although President Trump’s campaign said it was “declaring victory” in the state on the count of “all legal ballots”.

Mr Trump has attempted, without evidence, to sow doubt about the validity of ballots counted after election day and cast by mail.

Senior Trump campaign aide Jason Miller said: “By the end of this week, it will be clear to the entire nation that President Trump and Vice-President Pence will be elected for another four years.”

Mr Biden has 243 Electoral College votes, giving him the edge in the race to accumulate the 270 needed to win the White House. Mr Trump has 214.

In the US election, voters decide state-level contests rather than a single, national one. Each US state gets a certain number of electoral college votes partly based on its population, with a total of 538 up for grabs.

On Thursday morning, an election official in Georgia said there were about 60,000 votes left to count in the state. “We anticipate getting through this process today,” a spokesman for Georgia’s Secretary of State said, without giving a specific timeline. “Every ballot will be counted.”

The gap between Mr Trump and Mr Biden has dwindled to about 18,000 votes in the state, the latest estimates suggest.

In Arizona, Mr Biden was leading by about 80,000 votes, with further results expected on Thursday. CBS has categorised it as a “likely” win for the Democrat. Supporters of Mr Trump gathered outside a vote counting centre in Maricopa County (which includes Phoenix, the largest city in the state), where officials vowed to “continue our job”.

An update on the count in Nevada – where Mr Biden is slightly ahead – is not expected until Thursday at 17:00 GMT (09:00 local time), while in Philadelphia, counting is not expected to finish for several days.

What about the legal challenges?

The Trump campaign has launched a number of lawsuits demanding a halt to counts. But in states like Arizona and Nevada, where Mr Trump is currently marginally behind, his supporters are demanding that counting continues.

The campaign filed a lawsuit in Michigan to stop counting there because it contended it had been denied “meaningful access” to observe the opening of ballots and the tally.

In Detroit, Michigan, police were called on Wednesday afternoon to guard the doors to a vote-counting facility as some protesters outside demanded access to monitor the process. According to the Detroit Free Press, there were already some 200 people observing the vote inside the building.

The Trump campaign also filed two lawsuits in Pennsylvania to halt all vote counting “until there is meaningful transparency”. Election officials have called for patience, with state Governor Tom Wolf saying “the delay that we’re seeing is a sign that the system is working”.

The president has a three-point lead in the Keystone State, but many thousands of votes remain to be counted.

Mr Trump has also started legal action against Georgia to halt the vote count there. His campaign said a Republican poll observer in the southern state had witnessed 53 late absentee ballots being illegally added to a pile of votes in Chatham County.

And in Wisconsin, Mr Trump’s campaign said the president would formally request a recount, citing “irregularities in several Wisconsin counties”.

Incomplete results indicate the margin between Mr Trump and Mr Biden in Wisconsin is less than one percentage point, which allows a candidate to seek a recount.

As things stand, Mr Biden is ahead by more than 20,000 votes. Election experts say recounts typically change tallies by only a few hundred.

On Thursday, the Republican Party of Nevada confirmed the Trump campaign’s plan to file a lawsuit alleging voting irregularities in the state. The lawsuit will allege that around 10,000 votes were cast by people who no longer live in the state.

In 2016, Mr Trump’s wins in Wisconsin, Michigan and Pennsylvania sealed his victory and took him to the White House.

In the early hours of Wednesday, the president claimed he had won the election despite many uncounted votes remaining. The speech brought strong criticism from both Democrats and Republicans.

Mr Trump also said he was prepared to take the election to the Supreme Court, and his campaign is asking Republican donors to help fund legal challenges. Such challenges start at a state level but could eventually lead to the top court in the US.

Republican National Committee Chairwoman Ronna McDaniel said: “The fight’s not over. We’re in it.”

Mr Biden’s running mate, Kamala Harris, tweeted asking supporters to contribute $5 to help pay for litigation that could “stretch on for weeks”.