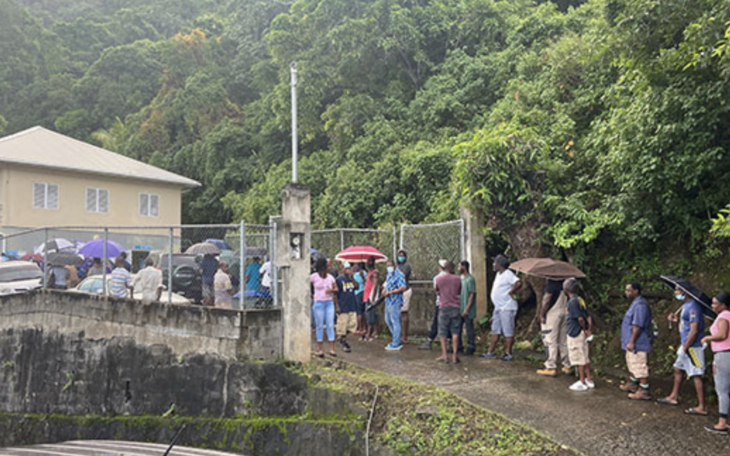 CMC : Electors in St. Vincent and the Grenadines, at 7 a.m.  (local time) on Thursday, began casting ballots to elect a new government amidst light showers in some parts of the country.

Electoral officials say that 98,119 persons are registered to vote in this country of 110,000 residents.

Three parties have fielded 32 candidates and there is one independent candidate vying for the 15-seats in the national assembly.

The incumbent Unity Labour Party (ULP),  which is seeking an unprecedented fifth term in office, as well as the main opposition New Democratic Party (NDP) have each fielded 15 candidates.

The SVG Green party has fielded two candidates and there is an independent candidate in Osordo Edwardo Bennett, who is in a three-way race in South Leeward.

Polls will close at 5 p.m. for persons who are not in quarantine due to the novel corona virus – COVID-19.

Meanwhile, the local Meteorological Office said “weak unstable conditions are across the islands” and the weather is expected to be partly cloudy, becoming cloudy at times with some light to moderate scattered showers.

The average temperature is expected to be 26.5 degree Celcius, which is usual at this time of the year.