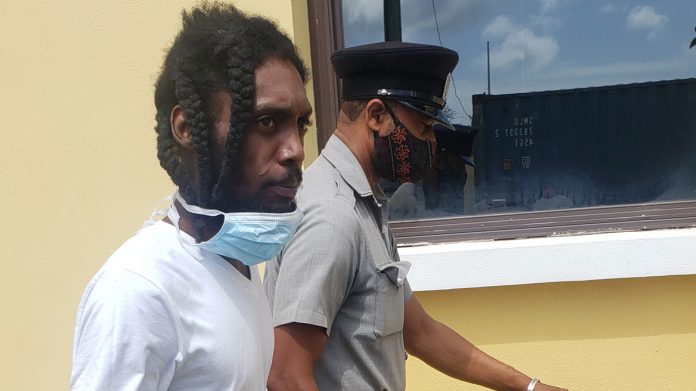 The mental state of multiple murder-accused, Delano Forbes, will be revealed today, following yet another adjournment last week.

After spending years behind bars for allegedly murdering four people, Forbes could be deemed unfit to stand trial when the results of his psychiatric evaluation are disclosed in the High Court this morning.

The 27-year-old was charged in 2017 for the deaths of Wilfred “Bongo” Williams in Swetes, Shawn Henry in Point and Lisue Williams on All Saints Road, and in 2018 for Maurison Thomas in All Saints.

It is said that the young man had the sinister practice of drinking the blood of his victims, earning him the moniker, ‘vampire killer’.

When Forbes was apprehended, police reportedly went to an area in Swetes close to where he lived and found two bottles of what appeared to be blood.

According to the indictment, Forbes killed Wilfred Williams in December 2017 and Thomas in March 2018.

In May 2021, the quadruple-murder accused was arraigned for the murders of Williams and Thomas before Justice Ann-Marie Smith, – charges he pleaded not guilty to. He subsequently also denied the other two killings.

The matter was to go to trial but a psychiatric evaluation was ordered.

The court was last told that the evaluation was completed but the report was not at hand.

The matter was therefore adjourned until Friday, March 18 but had to be pushed back again to today March 21.