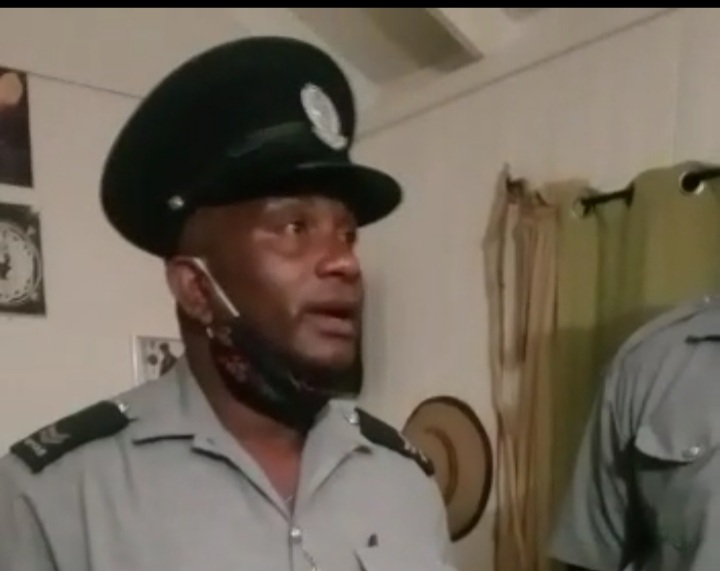 Four police officers have come under criticism for the manner that they handled an arrest earlier this week.

In a now-viral video recording, the officers were inside a residence with a man and woman, looking to carry out an arrest on the man, when the incident escalated.

The incident appeared to have happened on September 23, when the police officers were apparently carrying out an order from the Magistrate’s Court.

Three police officers dressed in uniforms and one dressed in task force attire are seen inside the home of a man and woman.

The man, who they came to arrest, was sitting on a couch while police officers placed handcuffs on him, but failed to tell him why he was being arrested.

The woman, who had an American accent, was recording the incident and constantly questioned the officers about the reason for the arrest, but she received no explanation.

One officer simply said “he’s going with us”, as the victim too asked why he was being arrested.

That same officer then proceeded to question the woman about certain artifacts inside her home, asking the woman if she practiced witchcraft.

“What is all this stuff in this house, are you practicing witchcraft?” he asked.

The woman denied practicing “anything” – and almost immediately, the officer called upon one of his colleagues, to call the Criminal Investigations Department (CID).

“Aye, let me tell you something, call CID,” he signalled to the fellow officer.

The officer then noticed that he was being recorded and quickly pushed the phone away from the woman’s hand.

There was a scuffle and the phone dropped to the ground, and the police officer picked it up as the woman called on him to hand her back her phone.

The woman, who then requested her lawyer, was told by two officers that she was now “under arrest”.

Law enforcement officials have not yet issued a formal response on the incident, but Facebook users have shared their dissatisfaction with how the situation was handled.

Some have even called for the intervention of the police commissioner.