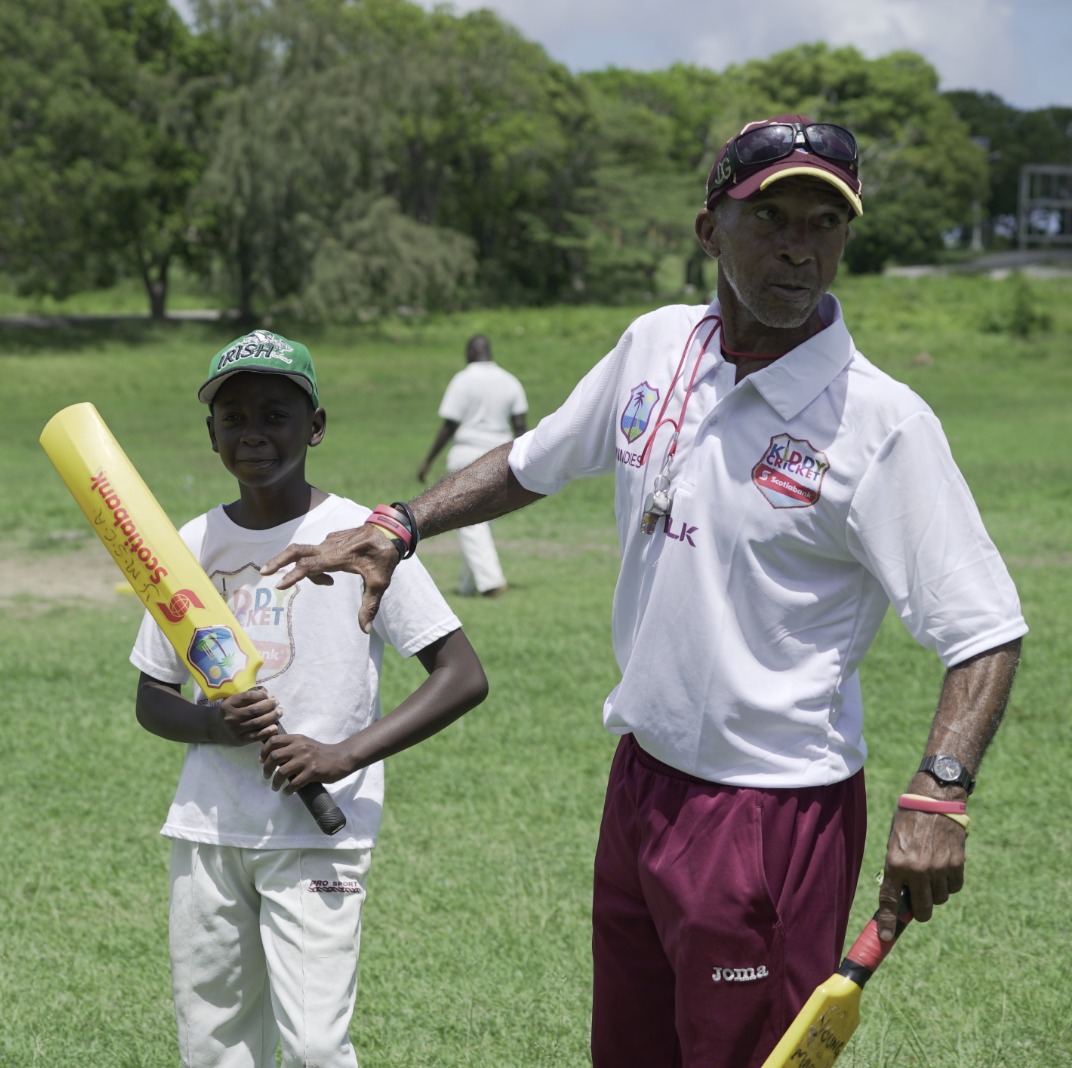 Long-standing cricket coach and head of the Young Masters Sports Club and Cricket Academy, Abuda Barnes, said his aim is to provide a solid foundation for young cricketers looking to graduate to a more competitive version of the game.

Speaking on the Good Morning Jojo sports show, Barnes, who operates his cricket academy at the Rising Sun facility every Saturday, said without the basics players may not be able to make smooth transitions to the next level.

“If you don’t get the basics right then you are not going any place so I would do the basics and take them from the age of six to 13 or 14 and then here comes the Kenneth Benjamin, Sylvester ‘Bouncing’ Joseph, Pernel Watley and my dear colleague, Tyrone ‘Pacer’ Williams so I only set the foundation,” he said.

According to the popular coach, the sessions are not all about cricket as participants are often educated from a cultural and national perspective.

“I could not have kept these children together and active for 13 years by doing the same things over and over. Children get bored easily so the cardinal thing is that you have to pique their interest … I go out of the box, meaning that I would have beach parties for them, I have old time something where we talk about games like whappy [card game], brebitch, cha-cha dumpling because one of the things the children don’t have is that their parents have not shared the history or cultural past with them,” he explained.

“All they know about is telephone, texting, IPad and all sorts of things so we are not educating our children out of what background they came from,” Barnes said.

“I tell you what, Karima Gore and Javy Benjamin and so on started with Abuda and a lot of people would probably miss when he says he takes them from six but we don’t coach them from six so what he is doing there is that he is getting them to love the game by letting then play, talking to them, letting them enjoy themselves and the parents would go there and it is a wonderful thing that he is doing,” Benjamin said.

“I just want him to know that he has my support, anytime he needs assistance and so forth and I am just hoping that other institutions, because we may pass there and see Abuda there on a Saturday and a Sunday or even during the holidays but what he is doing is the staple of the continuation of cricket in Antigua and Barbuda,” the former player added.

Barnes started his academy in 2007 at the St. Michaels School. Parents interested in having their children attend the camp could register at the Rising Sun ground on Saturdays starting at 9:30 a.m. Registration is $25.