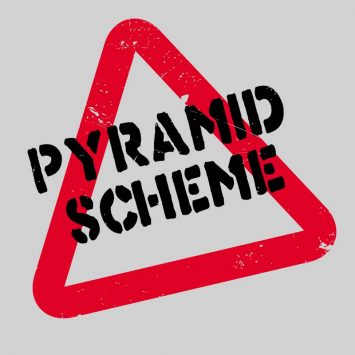 Police say they are scrutinising the new trend for ‘get rich quick’ schemes after receiving complaints from residents.

There has been a recent upsurge in pyramid schemes, in particular, across the region and US amid the financial fallout from the Covid-19 crisis.

“So far one or two persons would have raised concerns, not to say that we would have effected any arrests or caused us to take any necessary legal action, but it’s something that we are paying close attention to,” police spokesman Inspector Frankie Thomas told Observer.

He said that while no arrests have been made, police “are trying to understand the whole process of it” so that “in the event that anything comes out of it that requires the police getting involved we will certainly do that”.

“We are working along and taking our lead from the Office of National Drug and Money Laundering Control Policy (ONDCP) as to what is actually happening,” Thomas also revealed.

About a month ago a pyramid scheme found its way into Antigua and Barbuda where residents were being asked to invest small amounts of money for big returns.

Residents were warned to stay clear of the scheme which likens itself to a traditional ‘box’.

A pyramid scheme is a system of making money based on recruiting an ever-increasing number of investors. The initial promoters recruit investors who in turn recruit more investors and so on.

Derek Benjamin, a senior financial analyst at the ONDCP, previously warned that while some people may receive the cash promised others would not.

Now, according to reports, a few residents have found themselves in this situation and have taken the matter to police.

Benjamin explained that though there is no local legislation criminalising such ventures they could still lead to lawsuits.

But getting one’s money back is difficult because this micro-finance initiative usually comes with a no-refund policy, he said.