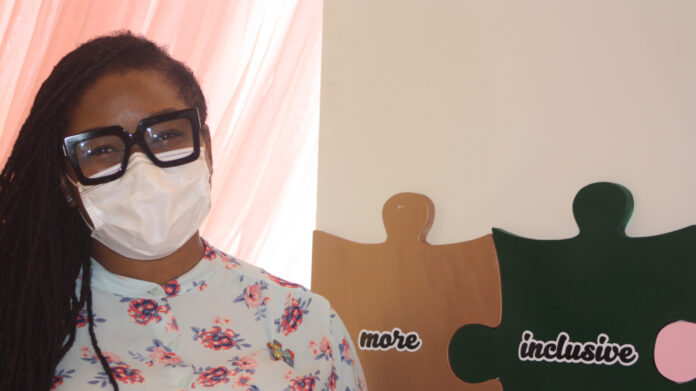 Persons living with autism spectrum disorder (ASD) must be better accepted in Antigua and Barbuda. That is a sentiment shared by medical professionals, teachers and representatives from local non-governmental organisations (NGOs).

Those include radio interviews, ‘blue Fridays’ where hospital staff adorn themselves in blue attire, ‘light it up blue’ where blue light is shone throughout the night, and yesterday’s National Blue Day where residents were encouraged to wear something blue.

The activities culminated in a ‘unity puzzle ceremony’ on Friday. Minister of Health Molwyn Joseph gave feature remarks, pleading with schools and businesses across the country to recognise the strengths and challenges of those living with autism.

He pledged the government’s renewed commitment to assist those with ASD symptoms such as trouble socialising with others, difficulty with speech, and hypersensitivity or hyposensitivity to the stimuli in their environment which can pose a challenge seeking and keeping employment.

Following his address, the HehEHealth Minister was presented with a puzzle piece to take part in the day’s activity.

Pringle told Observer that he was honoured to be called to participate in the event and he welcomed moves by the government to show greater support to citizens who are differently abled. He pledged the United Progressive Party’s commitment to ensuring that persons living with ASD can seize job opportunities and face less discrimination.

Warner said that although he commended the government and SLBMC for initiatives geared towards ASD awareness, he wished there were autistic people at the event to show residents that they can advocate for themselves and demand respect from others.

Warner also highlighted the work his group has been doing since 2021 following the receipt of international funding through a small grant programme to assist autistic children and their parents through gardening which calms their sometimes heightened senses.

The programme is called ‘the use of climate smart techniques to increase food security for persons living with disabilities in Antigua and Barbuda’. Children with this condition can receive horticulture therapy and community-based rehabilitation.

Head of the hospital’s Paediatric Unit Dr Shivon Belle-Jarvis said the unity puzzle ceremony could be likened to “the icing on the cake”, and that she hoped autism awareness and acceptance could be year-round instead of confined to April.

“You cannot really accept what you do not know about or even understand. So, we have over the years tried to improve our educational campaign and now we are taking it a step further. We have moved from awareness to acceptance,” Belle-Jarvis said in an interview.

The health expert also thanked attendees for making inclusion a reality by taking part in educational campaigns and initiatives over the years, so in the long run people with autism can be fruitful members of society.

“We also recognise that there are significant gaps preventing us from giving holistic care to our children and adults living with autism,” she said.

“Today’s ceremony is symbolic but one we are hoping catapults us into an element of change where we’re including policymakers, educators, NGOs, healthcare providers, the employers’ federation, because these persons will ultimately need to be employed.

“Even the disability association – very crucial partners in making inclusion no longer just a concept but something of a reality.”