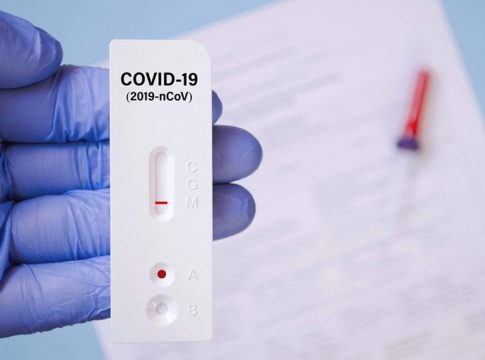 The Ministry of Health is set to scale up its capacity to test for Covid-19, as the infection spread across the subregion has forced the Caribbean Public Health Agency (CARPHA) to ration its assistance.

Since the start of the pandemic, the Port of Spain-based agency has been aiding several Caricom countries with Covid testing, including Antigua and Barbuda, before some of the countries developed their individual testing mechanisms.

Despite acquiring testing resources, however, many countries still depend on CARPHA to lessen the burden, based on the significant amount of testing that needs to be done. This has especially been the case over the past weeks and months, as an increasing number of territories have been dealing with an alarming surge in Covid cases.

Information Minister, Melford Nicholas, told media yesterday that the increased burden on CARPHA has had an undesirable effect on Antigua and Barbuda, one that the authorities hope to alleviate as soon as possible.

“I don’t think there was an upper limit before, but based on the explosion that is taking place within the OECS and certainly Barbados and Trinidad, wherever [CARPHA] has had to provide support for these other jurisdictions, I think they’ve reached an optimal level that they can effectively do.

“Our limit has been set at 800 per week, so if we ever get to that level, we have to ensure that we have sufficient resources to be able to do the testing ourselves.”

The lab at the Sir Lester Bird Medical Centre (SLBMC) developed its Covid testing capacity many months ago, and that has served the health authorities well in identifying new infections, particularly during times when cases surge.

Nicholas explained that efforts are being made to improve that capacity even further, as the country continues to grapple with a steadily high rate of new infections.

“We have been advised by the Chief Medical Officer [on Wednesday] …that there is an additional piece of equipment that they need to complement what they’re doing with PCR testing and that should allow them to be able to accelerate the rate at which they’re able to do the assessments.

“That cost and that invoice has already been approved for payment [on Wednesday], so we would expect that, during the course of the coming days and weeks, our own laboratory services will be able to scale up.

“[This], to ensure that as we continue to see these huge numbers, we’re able to get the diagnoses completed in time so we can continue to report to the public and continue to manage [the pandemic].”

The Health Ministry declared in early June that it was “days away” from being able to test for the Covid-19 variants on island – rather than needing to send samples to CARPHA – though it is unclear whether that testing component will also be improved as part of this latest resource upgrade.