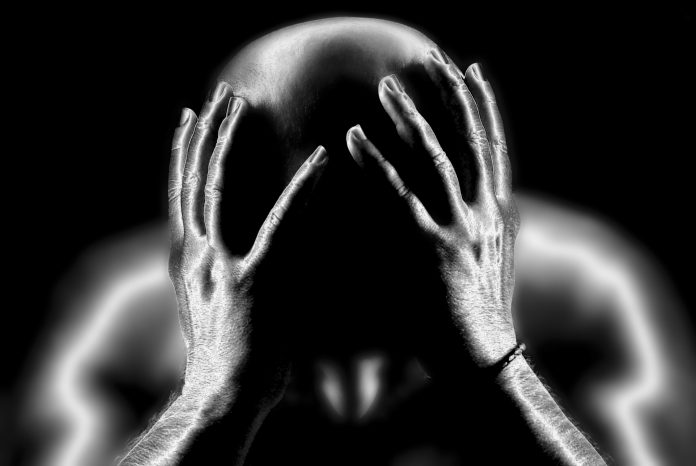 Too many young people are still suffering stigma and self-shame due to their sexuality or gender nonconformity.

The #BeYou campaign aims to put a spotlight on LGBTQ matters with a series of stories from local people courageous enough to share their personal journeys with the public – in the hope that others will be spared their pain.

Because LGBTQ rights are human rights.

The #BeYou campaign is part of the DECIDES Antigua and Barbuda project, implemented by Interarts and Women Against Rape, in partnership with the University of the West Indies Open Campus and Observer NewsCo, and co-funded by the European Union.

***This article recounts instances of sexual assault that may be triggering for some; discretion is advised.

‘All three of them did what they had to do. I am happy they didn’t kill me.’

For Mark*, growing up under the care and guidance of his parents, the people who nurtured, protected and loved him unconditionally, was all he needed. They were not rich but they provided the love and support he and his four siblings needed to thrive.

However, at 11 years old, his life would take a shocking turn that would require the very same support and love he had come to know in order to get through and perhaps serve as an ominous foreshadowing of things to come.

Head down and in a sombre tone, he recounts his first run-in with sexual trauma at the hands of an older male cousin. “We were looking for some guineps on the tree and after I noticed that he was watching me a funny way,” he recalls. “He grabbed me from back way and pulled me into the bushes and did what he had to do [rape].”

The ordeal, still vivid in his mind, not only left Mark with emotional wounds but with physical injuries that he had to report to his mother. Thankfully his family rallied around him and his cousin was punished for what he had done.

However, the incident left the preteen with more questions: questions about who he was and who he was attracted to.

“It was very confusing and I began going with both genders,” he added, explaining that he continued to “experiment” with his sexuality.

He noted, however, that after meeting a young lady he thought he would spend the rest of his life with during his teens, he forgot about engaging with people of the same sex.

That relationship ended, however, after the woman in question cheated on him and he began to experiment with his sexuality once again.

Dealing with sexual trauma as an adult

Now 25 years of age, Mark recalls journeying to a relative’s house a village over, a trek that he had made numerous times before, but this time would leave an imprint that still triggers strong emotions to this day.

“I was walking to my uncle’s house and there were a lot of bushes. The person came from the bush and I didn’t see the person’s face because they had on a mask and the person did what they had to do,” he explained, leading to more confusion.

While he reported the matter to his parents, little could be done at the time, with the perpetrator unidentifiable due to the mask he wore.

The sweetness of victory was about to turn sour

Four years later, Mark would suffer another assault that left him fearing for his life and terribly shaken.

“I went to play netball, because I was playing for a male netball team. I had decided to leave home my car because I was tired of driving,” he recalled.

With a chuckle, he remembered playing the game, the last of the championship and his team emerging the winners. Now drenched in champagne after the post-game celebrations, he awaited his ride outside the sports complex, which was taking some time as it got later.

“My mom kept calling because she is a person like that. If one of us is not in the house she is not going to sleep,” he added.

He recalled that as he waited three guys passed in a vehicle and asked if he needed a ride and he replied that he was waiting on someone already.

Mark had to repeat himself multiple times since the vehicle returned again and again with the occupants offering to give him a lift repeatedly.

“I saw one of the guy’s face and I realised, wait… I know that guy,” he said. The person in question was one of his high school classmates.

“It was getting late and my mom was worried so I took the ride,” he explained.

As they made their way, his internal alarms started to blare when he realised that they were not actually going in the direction of his home. While he protested, he was met with shocking resistance.

“I told them I am not going this way, I am going straight and one of them told me ‘Just hush yah mout’,” he recounted.

‘I was happy they didn’t kill me’

At this point he was now facing a gun as the men took him to a remote location.

“All three of them did what they had to do,” he said shaking his head, almost still in disbelief at another trauma endured. “I was just happy that they didn’t kill me.”

The words his classmate uttered after the ordeal still echo in his head today, “He barefaced said that he didn’t get it while we were in school so now he get it….”

Mark never reported this incident, not even to his parents who had shown their love and support to him all his life.

He explained that he was overwhelmed with emotions and fearful that his parents would do something to the individuals that they would ultimately regret.

“I kept asking myself, why did these things happen to me… what did I do?” he added.

Learning to cope and advice to parents

Today, he says that the emotional scars still remain even though he tries his hardest to cope with what has happened to him.

“I try not to worry about it. When I think about it, I normally cry. I don’t know why I am not crying now,” he said, pausing in reflection on the emotional and troubling experiences.

He now lives as a gay man and has come out to his mother, father and four siblings, all of whom he says still love and accept him.

Mark is hoping that more parents develop the types of relationships with their children that allow them to feel comfortable enough to report instances of sexual abuse.

He takes his admonition one step further as he asks parents to love their children unconditionally despite their sexual orientation.

“It’s your child, you’ve carried him or her for nine months, just be there for them,” he said.

*Name has been changed

If you are affected by the issues raised in this article, contact action group WAR for support by emailing [email protected] or calling +1 268 721-5553.