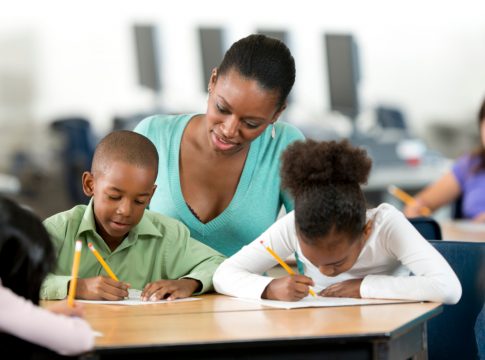 An educator for over forty years and former principal of the All Saints Secondary School is calling for more support for the nation’s teachers, amid the continued stress brought on by the Covid-19 pandemic on the education system.

Since the announcement of the first case of the dreaded virus in Antigua and Barbuda in March of 2020, leaning institutions have had to adjust to varying forms of learning to include remote learning, in-class rotation systems, and even a blending of both forms of teaching to accommodate the country’s students, but George Edwards believes enough is not being done to assist teachers.

“Where great emphasis is now being placed on getting students to continue learning during Covid, and let me just say that nothing is wrong with that because our ultimate goal is to get our students to be successful; but while emphasis is placed on the students, attention also needs to be placed on the emotional health of teachers who have the task of making bricks without straws during this pandemic,” he added.

Edwards said the pandemic has caused teachers great stress, a feeling he said he is familiar with as a part-time teacher at present.

He also opined that too much emphasis has been placed on students “just passing exams” which serves as a frustrating and demotivating factor for many teachers.

“For about two years, our children have been out of school, and even though we are getting the students to pass exams… you know you can get anyone to pass exams but that’s all there is, the student would not know anything,” he said. “I have heard the cries of teachers who are saying we need to do something… it’s not just about passing exams, but educating our boys and girls for life.”

The educator said further that, while exam results are important, they are only a “miniscule” component of the “hard work” teachers would have put into their students.

Edwards was speaking during a ceremony organised by Pares Secondary School Alumni Association’s Georgia Cayman Islands Chapter to honour teachers of the institution.

He said that when teachers are recognised in whatever way, it is very significant, while lauding the organisation.

“Too often, teachers are usually overlooked, overworked, criticised, demonised, underpaid, crucified and then buried,” he said. “Many in our society willingly make themselves ignorant to the important role that you teachers play in every facet of nation building.”