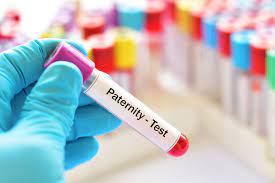 An order from a court mandating that paternity tests be done before the start of any child maintenance case, could clear up a lot of the misunderstanding that usually occurs in matters of this nature.

Monique Francis Gordon, a lead attorney on family matters, made that suggestion during an interview on Sundays Big Issues where a number of legal minds were making general comments following a case involving a father who is now taking action after he has been supporting a child that was not his for 15 years.

Before making the suggestion, the attorney made it clear that her comments were in relation to her knowledge of the legal system in Antigua and Barbuda and were not associated with the case in question.

Francis Gordon explained that at the start of such cases, it is generally determined that the male in the child maintenance case is the father of the child, if it is not otherwise disputed, and once that is determined the matter then shifts to support for that child or children.

“The general practice is that you are asked if you accept or dispute paternity and if you accept paternity, then a DNA test is not required. But what I have seen happening is that someone accepts paternity and then after a while they request it. However, the court would have determined that the paternity was accepted and it will not be done after.

“The vast majority of the people who come through the system are unrepresented and a court experience can be quite daunting. Sometimes, people come before the court and they are tongue-tied, the magistrate says something and they agree because they are just uncomfortable with the circumstances and want to get out of that setting as quickly as possible,” Francis Gordon explained.

She further pointed out that looking at different cases, it is indeed a “travesty” and the best way to prevent this problem from occurring in the future is to mandate the paternity test.

Gordon later added that, “if that alleged father is unrepresented, the only way he can waive that right is to go before a Notary Public and sign the waiver document”.

Another lawyer, Jarid Hewlett, went a step further to call for changes to the law to make it mandatory for the paternity of every child to be determined at birth.

In explaining the rationale for this, he stated the issue of men raising children that are not theirs biologically, is a common thing and this could be a good way to address the issue.

He also suggests that society should not see this recommendation as an indictment on mothers in terms of their reputation. “Now that we have the science and technology available for fathers to know the paternity of their children, why is that not something we do regularly? If this is done on a regular basis, whether you are married or single, I think it would alleviate at lot of hardships in the future,” Hewlett added.