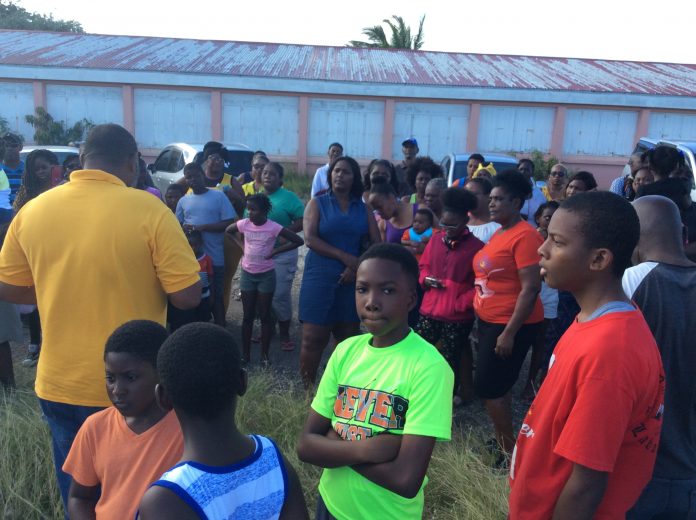 On World Tsunami Awareness Day being observed today, the National Office of Disaster Services (NODS) wants residents to continue to familiarise themselves on tsunami safety.

Director of NODS Philmore Mullin encourages residents to reflect seriously on protecting lives, limb and property and understand that because we have not been impacted in such a long time does not mean we should be complacent.

The level of devastation by tsunamis can be great so it is imperative that individuals know emergency routes, assembly areas and general safe areas especially if they live, work or frequent coastal regions.

Antigua and Barbuda and other regional countries have been affected by tsunamis in the past particularly from the Great Lisbon Earthquake in Portugal on 1 st November 1755. There have also been more recent impacts namely two events in 1946 in the Dominican Republic which caused 1,865 deaths.

Mullin says we need to remember the further away we move from the last impact the closer we get to the next one.

According to information from the UWI Seismic Research Centre in Trinidad which monitors earthquakes in the region, the most likely tsunamis to affect the Eastern Caribbean are those which are triggered by shallow earthquakes, which are less than 50 km in depth and greater than magnitude 6.5.

Over the years, NODS has been informing and educating residents about the things they need to do to protect themselves from tsunami impact – one of which is to move to higher ground.

The office has also erected signs in those areas that have been validated by international partners – meaning safe areas are identified, evacuation routes established and awareness activities held such as drills. Two districts have also been designated as Tsunami Ready – St John’s City and St. John’s City South.

Mullin says had it not been for the Covid-19 pandemic this process would have been further advanced, but the office will continue its efforts until all coastal communities are validated.

The Indian Ocean tsunami on 26th December 2004, which claimed over 250 thousand lives, is on record as being the worst tsunami catastrophe. –