The public has received some consultation by a medical professional on heart health matters ahead of World Stroke Day today.

Consultant Cardiologist and President of the Heart & Stroke Foundation, Dr Georgette Meade believes that being able to identify the signs and symptoms of a stroke is critical to saving lives. She indicated that there are two types of strokes, both of which are very life-threatening and can cause disability which is one of the main concerns of the nation’s health professionals.

“A stroke affects the brain; the blood flow to the brain is affected, sometimes it’s due to a clot or in other situations there is a rupture in the artery that takes blood to the brain cells. There are two types — that one with the clot is called an ischemic stroke and the other one where there is a rupture of the artery is called a hemorrhagic stroke, hemorrhagic meaning bleeding,” Dr Meade said on Thursday’s Observer AM programme.

She highlighted that several common non-communicable diseases in the Caribbean may lead to strokes, and maintaining good lifestyle factors such as diet and exercise can be used to mitigate the deadly health condition.

“Some of the risk factors are hypertension or high blood pressure, diabetes, high cholesterol and smoking. You want to maintain the blood pressure less than 130 over 80. The blood sugar, for those diagnosed with diabetes – the HBA1C should be maintained less than seven per cent and the cholesterol less than 200; that’s the total cholesterol,” she outlined.

Family members are urged to stay vigilant and look out for any odd or sudden changes regarding their loved one’s health.

“You don’t want to be procrastinating, [saying] ‘oh maybe I lay down on my hand, maybe that’s why it’s numb’. You know there is a significant change so you would want to get that evaluated as soon as possible. Where there’s mild changes like confusion or their memory … they may actually be in denial saying they’re tired or stressed out but you as the person who knows them pretty well should be persistent in terms of getting them evaluated,” according to Dr Meade.

This year’s theme for World Stroke Day is Be F.A.S.T (fast), Pause a Stroke, Save a Life. 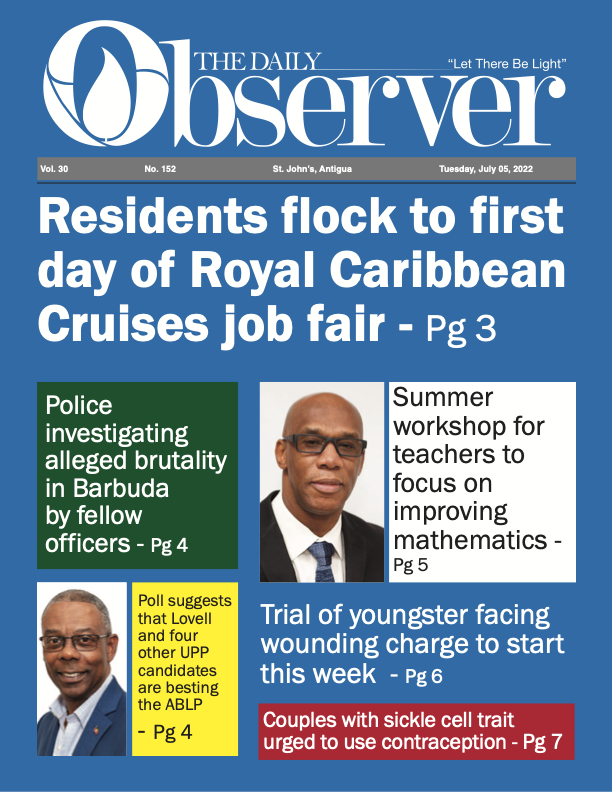