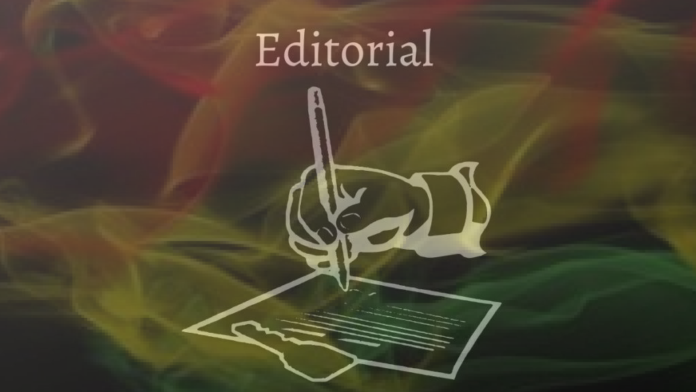 The questions abound here in Antigua and Barbuda as to where will be the next stop (If there is to be a next stop) for our African brothers and sisters who came to our shores aboard that mysterious charter flight from Nigeria on Independence Day. As we all know, the Africans were granted thirty-day visas which expire today. We are all curious as to what happens next.

Not surprisingly, this administration has been tight-lipped in providing answers to the queries of the people. Why did so many of the Africans stay behind in Antigua after the mysterious charter flight made its departure to the Motherland on November 6? Apart from adventure-seeking, and the innate need to connect with their brothers and sisters in the diaspora, why did the Nigerians really come here? What did they do while they were here? Why did so many of them seem to be in straightened financial circumstances? Why were they seemingly drifting here, there, and everywhere, all around Antigua, without a real sense of purpose, without rhyme or reason? Why did we not see more bona fide wealthy Nigerian investors and businessmen and women on that inaugural flight? Enquiring minds want to know.

Of course, the whole Nigeria/Antigua Airways inaugural flight leaves more questions than answers. Was it a cover for something more nefarious? What did the many containers that were unloaded from the cargo bay of that aircraft contain? Was it election campaign posters and other election paraphernalia. We mean, that question is not outside the realm of possibility given the fact that the principal owner of Nigeria /Antigua Airways (whatever that is), is a gentleman by the name of Marvellous Mike, he of the eponymous printing press in Nigeria. Marvellous Mike was expected to be on that inaugural flight, but he did not show. Instead, we were told that he would come to Antigua a few days later. He never did. What gives?

A regular connection between the Caribbean and the Motherland is a beautiful and desirable thing. Our common ancestors would nod in approval, after all, we are reuniting after being so cruelly snatched from each other by the evil European enslavers. Nonetheless, we seriously doubt that this Nigeria/Antigua Airways is the way to go. We doubt that this will be the vehicle uniting Africa and the Caribbean on a viable, long-term basis. Indeed, we suggest that its inaugural flight at the beginning of this month, will be the first and the last for this mysterious outfit. If, on its grand inaugural flight, all that this entity could muster was one hundred-plus seemingly down-on-their-luck passengers, many of whom, it is rumoured, did not even pay their own fare, then Nigeria/Antigua Airways has no real future in these parts.

In the meantime, our immediate concern has been the welfare of the passengers who were left behind, seemingly to fend for themselves. Stories have surfaced of some of them struggling to put money together to buy a meal, and for others asking-around for jobs. Yet others seem to be aimlessly moving from one accommodation to the next. Still yet others have been reported to have moved on from our shores to a number of other Caribbean islands.  We are not sure how immigration officials in those islands will handle the new migrants. Whichever way, it certainly does not look good.

Meanwhile, one would think that the authorities would be more forthcoming with information on this whole mysterious tale. But no. Those in high places are tight-lipped. Apparently, we the people do not deserve the courtesy of an explanation.  It reminds us of the Mighty Sparrow’s GET THE HELL OUTTA HERE, where he cites the late Dr Eric Williams, the autocratic Prime Minister of Trinidad as saying, “I am going to do what I feel to do / And I couldn’t care who get vex or who feel blue / This land is mine, I am the boss/ What I say goes, and who vex get lorse / . . . I am a tower of strength, yes, I am powerful but modest / Unless I’m forced to be blunt and rule-less / So shut up and don’t squawk, this ain’t no sky lark / When I talk, no damn dog bark . . . / My word is law, so what’s your case? / If you slip you slide, this is my place . . . / Who de hell is you to jump and quarrel? / Look, [Antigua and Barbuda] is mine, lock, stock and barrel / Who give you the privilege to object? / Pay your taxes, shut up and have respeck! . . .”

Folks, don’t ask questions about these Nigerians. Do not ask where they go from here, if they go anywhere at all. Just shut-up!