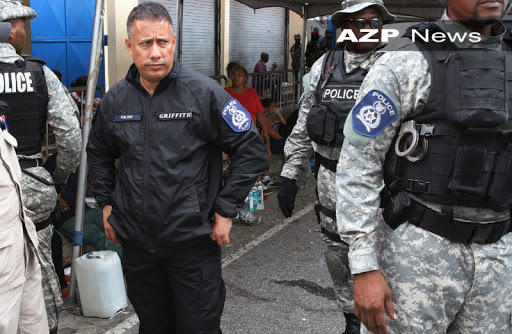 In a statement, Griffith said that he had agreed to the suspension following a meeting on Tuesday with the PCA director, David West.

Earlier this year, the Trinidad Express newspaper reported that Hack­shaw had been flagged by three financial institutions for suspicious activity.

The newspaper said that the banks had reported the multi-million dollar (One TT dollar=US$0.16 cents) transactions to the Financial Intelligence Unit (FIU) following deposits into over 15 personal accounts belonging to Hackshaw.

In the statement, Griffith is quoted as saying that now that the PCA’s investigations are complete, he is now in a position to act on the matter.

“Weeks ago, Commissioner Griffith said he was not prepared to bow to internal and external pressure, based on newspaper articles, to take action on ACP Hackshaw as the investigations were incomplete,” the Trinidad and Tobago Police Service (TTPS) statement said.

Griffith had said prior to the latest development, “ there were no recommendations made by either the PCA or the TTPS with regard to any criminal offence.

He said what he received in August was a recommendation for disciplinary action based on an initial report.

“Now that a recommendation that a criminal offence may have been committed based on an investigation, the Commissioner of Police said he was now in a position to suspend ACP Hackshaw,” the statement noted.

The PCA in a separate statement said it had completed its preliminary investigation into the allegations of unusual financial transactions Hackshaw and has sent its findings to the Director of Public Prosecutions.

The PCA said its preliminary investigation was completed on September 11 and that Griffith had been updated on the findings.

It said that in keeping with section 30(1) of the PCA Act Chapter 15:05, it has sent its findings for further action, in accordance with the principles of due process.

Hackshaw is expected to retire from the TTPS later this year.