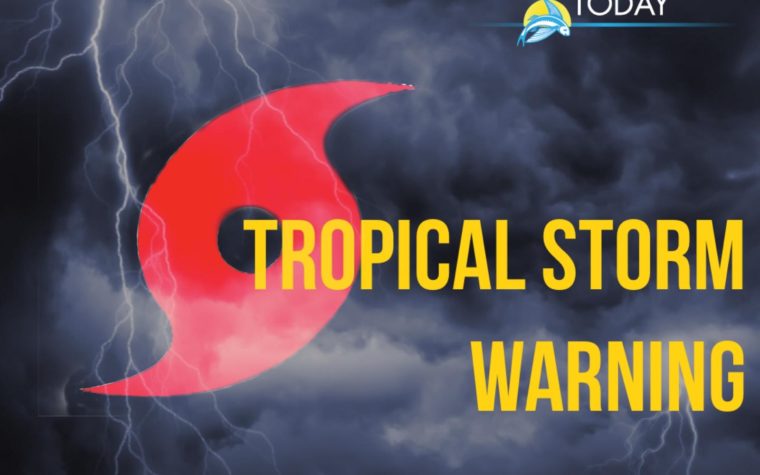 Significant convection associated with Gonzalo has been consistent during the past few hours. Re-strengthening of this feature is still possible as it continues on its westward to west-northwestward motion with an increase in forward speed throughout the weekend. On its forecast track, the centre of Tropical Storm Gonzalo is expected to pass approximately 90 miles (144 km) to the south of Barbados on Saturday.

intensity forecast due to its compact size. An Air Force Reserve reconnaissance aircraft is scheduled to investigate the storm later this afternoon.

Sustained storm-force winds are likely to spread across Barbados from the morning of Saturday 25, July 2020, possibly increasing to

hurricane force during the afternoon. During which time, sustained wind speeds of 60 to 75 mph (97 to 120 km/h) with higher gusts are

likely to affect the island. Tropical Storm Gonzalo is also likely to generate rough to very rough sea swells during its passage. An advisory for this hazard may become necessary from today if conditions warrant.

The next intermediate advisory will be issued at 8 a.m.