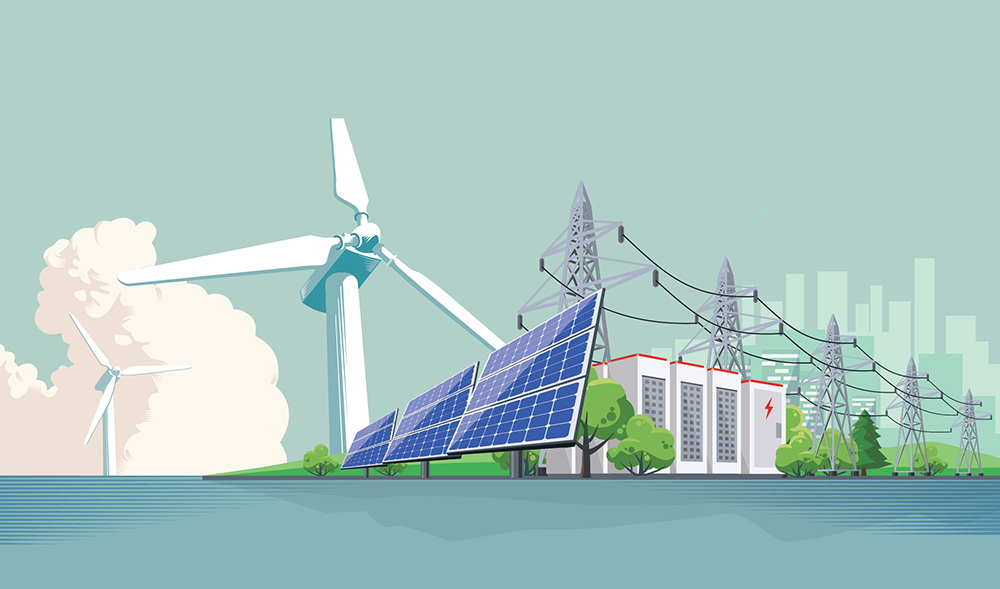 While the demand to transform the global energy sector from fossil-based to zero-carbon is growing, the transition is costly and complicated, says a renewable energy engineer.

An advertisement earlier this year from the Antigua Public Utilities Authority (APUA) soliciting expressions of interest for the establishment of a 25 to 30 megawatt natural gas-fuelled power plant was met with scepticism.

And, over the weekend, two renewable energy proponents lobbied for full reliance on clean energy resources for Antigua and Barbuda, but APUA’s Winston Whyte explained that while he supports the notion, there are several challenges to it.

He disclosed that renewable energy was the first option considered during the company’s discussion about a new power plant coming on stream in a couple of years, but said it is not a feasible alternative.

He further revealed that intermittent sources such as wind and solar energy are the only options available in Antigua.

He continued, explaining that “if you want to integrate renewable energy that are intermittent into a small grid like Antigua, there are particular challenges as opposed to integrating it into a big grid or what we call an infinite grid, like in the US or Europe”.

Stanley Barreto, of the Environmental Awareness Group, (EAG) exclaimed that “it’s not an if — it’s a when; it’s a must!”

“Other islands are doing it faster than we are. Barbados has approved the fact they are going 100 percent renewable by 2030,” he shared.

Another official, Ruth Spencer, the country’s first representative for the Global Environment Facility’s Small Grants Programme, shared similar sentiments, and indicated that there is an abundance of funding available for such a transition.

However, she pointed out that most of the funding is geared towards government and government-related projects, instead of towards ordinary citizens and NGOs.

Spencer therefore suggested a “proactive preventative approach” should be taken where “steps and processes have to be put in place for people to access the grants or the loans to get these systems”.