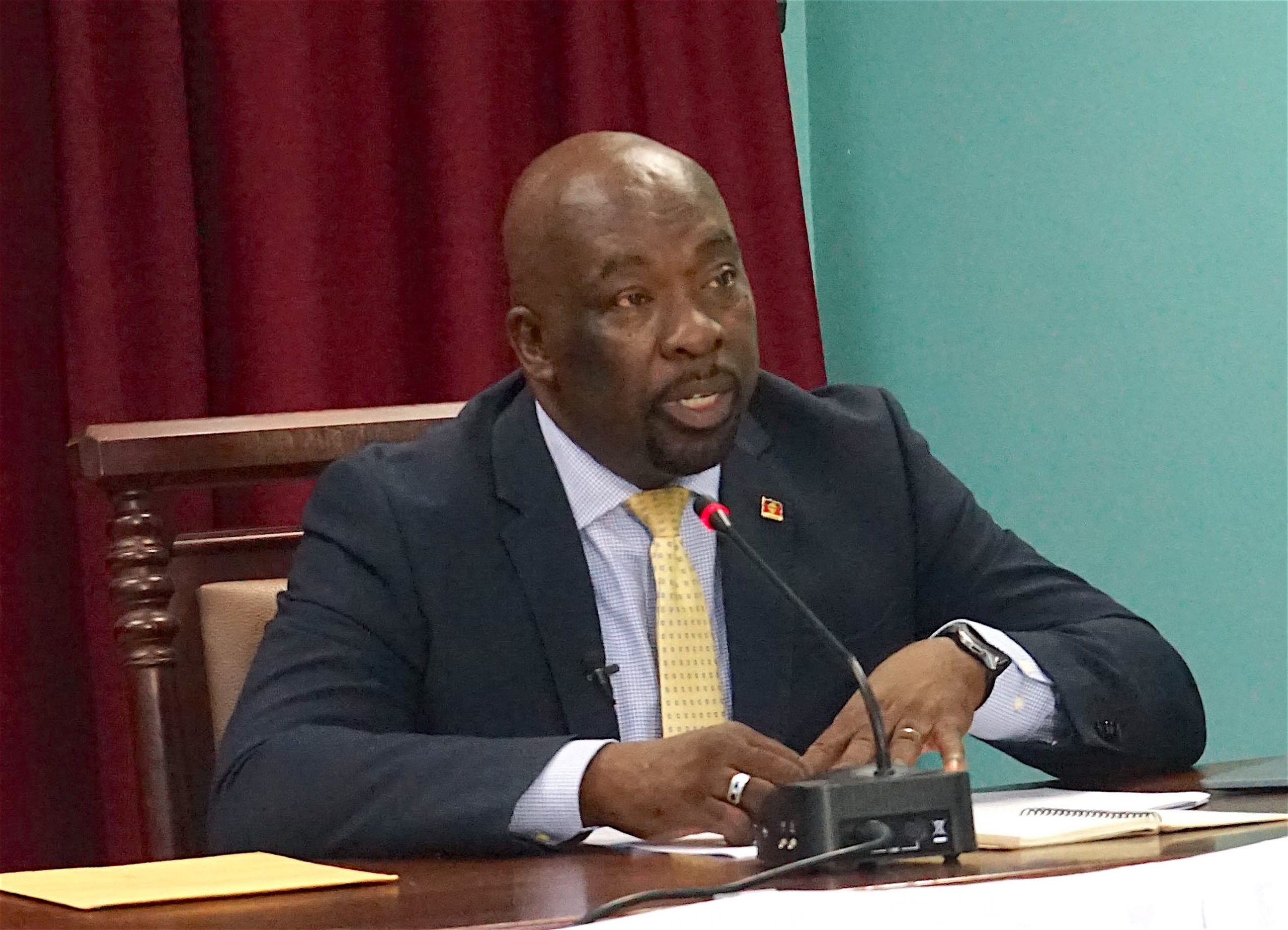 Training is now officially underway for local medics who will be tasked with carrying out Covid-19 testing on island.

Testing on home soil is set to commence early next week, bolstering the nation’s fight to flatten the virus’s curve.

The virtual tuition for technicians and laboratory staff is tipped to take a few days, and comes at an “opportune time” as regional resources creak under the strain of the pandemic.

Swabs taken from people in Antigua and Barbuda suspected of having the illness have been flown to the Caribbean Public Health Agency (CARPHA) in Trinidad for analysis since the country’s very first confirmed case.

But worldwide shortages of testing kits, and chemical reagents used to conduct them, have been echoed across the Caribbean, vastly limiting the quantity that could be sent.

“From henceforth, we will be able to scale up our own ability to do testing,” Information Minister Melford Nicholas told a press briefing on Wednesday.

“This is important because we are at a critical stage of our contact tracing exercises. We have long ago wanted to do more tests but, given the small samples we have been able to send to CARPHA, we were certainly not in a position to do as much testing as we would want.”

To date, 23 people in the twin island nation have been confirmed as having contracted Covid-19. Three have died and three have recovered.

Fears have been rife that greater testing capacity would have revealed far higher numbers of cases. Minister Nicholas conceded it was likely local testing would see an increase in the numbers.

“As we know, people who are asymptomatic are able to share the virus.”

Critical supplies – a gift from Venezuela – were flown into the country last week, the minister said.

Some previous shipments intended for the region have been hampered by US policy banning exports on life-saving items. US authorities have prevented distributors from diverting personal protective equipment (PPE), such as face masks and gloves, overseas. Ventilators are also on the prohibited list.

The Bahamas, Cayman Islands and Barbados have all had container loads of PPE purchased from US vendors blocked from reaching them.

Minister Nicholas said test kits and reagents destined for Antigua had been held up too but, with assistance of the nation’s ambassador to the US Sir Ronald Sanders, they were due to arrive today on Amerijet.

“But, more than that, we received a gift of goodwill from Venezuela last Friday. An aircraft landed here with some test equipment that they had received from the government of China and they readily parted with a small portion of it. It was the widow’s mite but useful to us,” he said.

Washington-based technicians from the Pan American Health Organization (PAHO) are using online platforms to train Antiguan and Barbudan staff how to use the equipment, Nicholas explained.

Meanwhile, a new shipment of facemasks has also arrived, the minister continued, paving the way for a “massive distribution” through dozens of public clinics and parliamentary representatives on both sides of the political fence.

“At least 1,000 will be made available to each parliamentary representative,” he said, confirming that the mandatory wearing of facemasks in public would continue.

Nicholas encouraged residents who have been crafting their own to continue to do so.

He could not confirm, when questioned, the number of testing kits currently in the country but said Health Minister Molwyn Joseph was “satisfied” there were sufficient.

But he admitted there remained a shortfall in the quantity of ventilators to help critically ill Covid-19 patients breathe.

“We are not yet complete in terms of sourcing ventilators,” Nicholas told the briefing. “I think we received seven last week, added to what we have, and there are still more on order.

“There is a worldwide scarcity of ventilators and so we are leveraging each and every facility that we have to get them to us.”

The Information Minister added that government was “planning for a worst case scenario” with regards to the infection rate and urged everyone to help stem transmission by sticking to social distancing rules.

“This is the new normal,” he warned. “We are not going to be able to return to that degree of social contact that we have had before until a vaccine becomes available that can give us the level of protection we need.”