This Day in Sports History 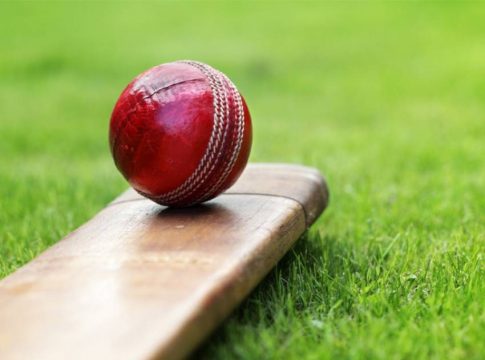 1878: Surrey bowler Edward Barratt took all 10 wickets in an innings on his home ground: 10 for 43 for the Players against the touring Australians at The Oval. He had some help with all ten: his victims were caught or stumped. The opening batsman Charles Bannerman scored 51 in a total of 77. The Australians made only 89 in their second innings – but it was enough to win the match. On a dreadful pitch, typical of the time, the Players were all out for 82 and 76 and lost by eight runs.

1972: For the first time since the advent of the Modern Olympics in 1896, a non-American wins the pole vault gold medal; East German Wolfgang Nordwig clears 5.5m at the Munich Games.

1977: One of the great anti-climaxes in sport; 43-year-old transsexual Rene Richards, who fought for over a year for the right to play in a major event, is beaten 6-1, 6-4 by Wimbledon champion Virginia Wade at the US Open.

1980: Australian cricket batsman Kim Hughes becomes 3rd player to bat on all 5 days of a Test match as the rain affected Centenary Test peters out to a draw at Lord’s; BBC’s John Arlott calls his final match.

2019: India completed a whitewash of West Indies in three formats when they won the second Test by 257 runs in Kingston. West Indies fought harder in their second innings than they did in their first, when they were all out for 117, but India won with a day to spare. Hanuma Vihari, who made a hundred and a fifty, was declared Man of the Match, but it was Jasprit Bumrah – “the most complete bowler in the world”, according to his captain, Virat Kohli – who set the win up with his 6 for 27 in the first innings, which included a hat-trick. Kohli himself became India’s most successful Test captain with the victory, his 28th in charge. For West Indies, Jason Holder took five in the first innings, and Shamarh Brooks dug in for over three hours for his fifty, but there wasn’t much else worth shouting about.