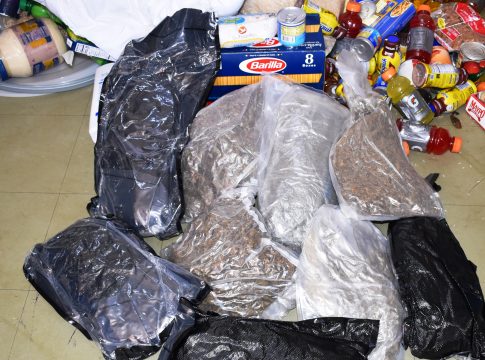 The Police and Customs Anti-narcotics Units continue to stem the flow of illegal
drugs entering the country.

On Tuesday 31st August, both law enforcement agencies carried a drug interdiction
operation at Deep Water Harbour and discovered 9 pounds of Cannabis inside a
barrel of food items.

The controlled drug, which has an estimated street value of EC$54,000 was seized and taken to Police Headquarters.

Just over a week ago, a total of 22 pounds of Cannabis with an estimated value of
EC$330, 000 were seized at the said port of entry.

No arrests have been made. Investigations are continuing.

PM repeat calls for global response to the pandemic, calls out countries

Do the right thing