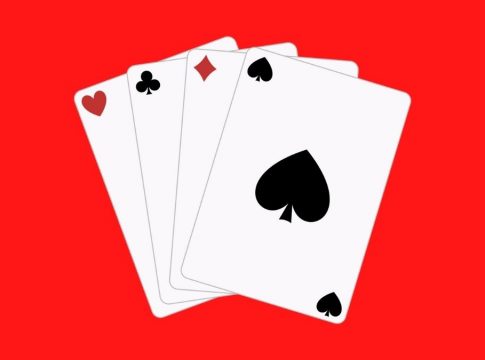 We are not sure what the thinking was when the geniuses in this administration decided that it was  to charge those who refused to take the vaccine an amount in the region of EC$300.00 twice per month, in order for them to remain on their jobs. It was a rather onerous measure, and it would most assuredly have resulted in many persons having to stay at home.

In other words, nobody would have been able to afford that exorbitant sum of money, not on the meagre paychecks that they are taking home on a monthly basis. Remember, many of our public servants are living from paycheck to paycheck. An additional sum of $600.00 would have sent them directly to the poor house.

Not that this administration would have cared much. Remember, at our lowest point during the height of the pandemic, they steadfastly refused to hand out a stimulus to the struggling workers of this fair State.

It was painful, and the workers ought never to forget that heartless snub from the Antigua Barbuda Labour Party (ABLP). How ironic – the party that once stood up for workers, now sticking it to workers up the gazoo! For shame!

To be sure, the $600.00 monthly charge for failing to take the vaccine, and the resulting need to be tested on account of that failure, was designed to force the hand of the hesitant. It was a strong coercive measure that would have left many with almost no choice but to acquiesce, never mind their fears, misgivings, and unanswered questions about the vaccine. It was a de facto mandate – take the vaccine, or take the twice-monthly test, or stay at home. Without pay!

Remember, we have seen this disingenuous movie before. Consider the following example of ‘good cop, bad cop’ bs in high places. It was back in July of 2019 that our Minister of Health, Sir Molwyn Joseph, made an urgent call for a ban on the further importation of the Toyota Vitz vehicles into Antigua and Barbuda.

Sir Molwyn’s argument was that, “The injuries sustained by individuals in accidents involving the Toyota Vitz, as well as the frequency of accidents involving that particular vehicle, constitutes ‘a public health issue’ and . . . about 30 percent of the traffic accidents that occur in Antigua and Barbuda involve that particular vehicle . . .” [THE DAILY OBSERVER, 24TH JULY, 2019]. Sir Molwyn was the ‘bad cop’ antagonising the people.

As you can imagine, there arose a hue and cry among the populace, especially the young people who are actually quite fond of the vehicle. And guess what, presto! Our PM came to the rescue of the angst-driven lovers of the Vitz by declaring, in short order, that there will be no ban on the Toyota Vitz. Oh, hallelujah! The PM was hailed as a hero. A populist – a man of the people. Here he was speaking up for the small man, the poor and the underprivileged who can only afford the Vitz, against the rich elitists who drive Rolls Royces and Teslas. Talk about a Daniel sitting in judgement! Our PM was the good cop reaching out to the people.

Of course, this was not the only occasion where some in this ABLP administration would speak out boldly on a matter only to have those bold pronouncements slapped down and reversed by the sweet-sounding, pretentious charms of our calculating PM, seeking to burnish his populism credentials and score points, some of them rather cheaply. And always at the expense of his colleagues, who always seem to play along with the silly charade.

So, we are really not surprised at the PM’s supposed conciliatory and gracious gesture – reducing the fee for the twice-monthly Covid test. It is of a piece with the way he runs his administration. The thing is, however, that we are calling for a cancellation of all Covid testing fees associated with the on-the-job vaccination mandate. The suffering people cannot afford them. The tests ought to be free. If the PM is really serious about removing the financial burden from the people, he ought to do away with the fees. Stop playing the games! But then again, the fees are designed to force people into taking the vaccine.