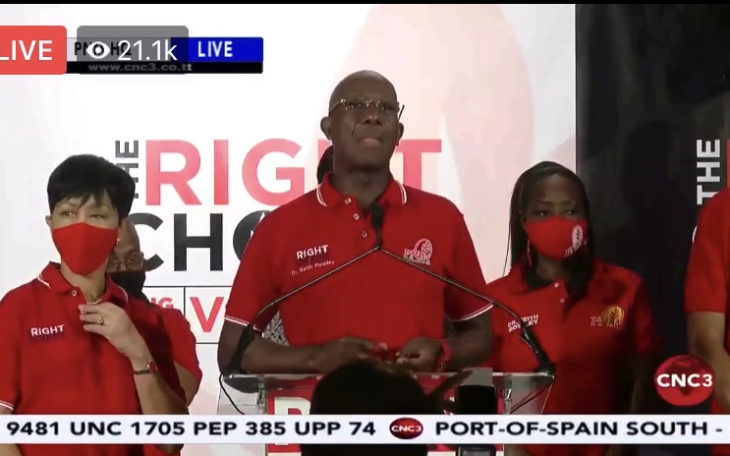 Rowley said that the PNM had won 22 of the 41 seats at stake in the elections. “It was a hard election, in the end we prevailed..Our platform has won and we have a mnadate to do what we say we going to do,” he added.

The Elections and Boundaries Commission (EBC) has so far not made any preliminary or official announcement of the elections.

The other major party in the contest, the United national Congress (UNC) has won 19 seats, according to Rowley’s statement.