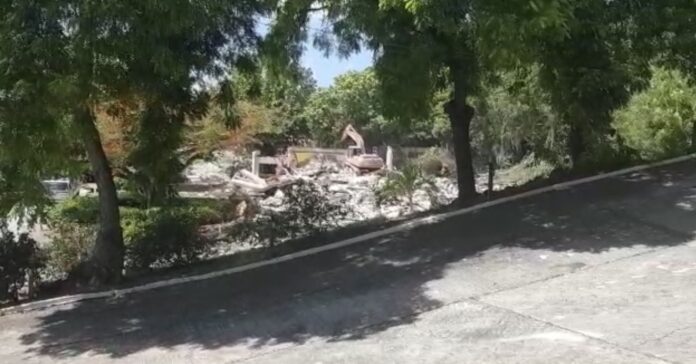 The North wing of the old Halcyon Hotel has been demolished to make way for two hundred and fifty new rooms, during the first phase of the re-construction.

Halcyon was at first the Caribbean Beach Club (CBC) which opened its doors to visitors around 1960, or sixty-two years ago. It has welcomed hundreds of thousands of guest over the years, and has served as a foundation of the embryonic tourism industry in Antigua. It sits on one of the most beautiful beaches in Antigua.

The second phase of development will cause bungalows to be built on the hillsides above the hotel.

Both construction phases will employ more than 450 workers, each will last more than two years. Sunwing International has commenced the investment just as it did with the Royalton (formerly Royal Antiguan Hotel) three years ago, turning a rundown property into a world-renowned 5-Star resort.