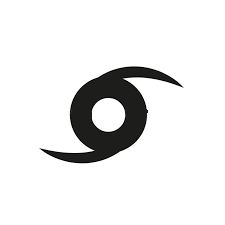 Antigua and Barbuda’s Meteorological Office is monitoring an area of disturbance in the Atlantic that is showing a high chance of development.

On Tuesday, the system developed into Tropical Depression Seven and is expected to impact the southern islands of the Eastern Caribbean as a mild to moderate Tropical Storm Gonzalo on Saturday, according to the latest weather outlook.

According to the National Hurricane Center, showers and thunderstorms in association with the low-pressure system, located about midway between the west coast of Africa and the Lesser Antilles, have become better organised.

“If current trends continue, advisories could be initiated on this system [Tuesday] afternoon,” the notice said. “Regardless of development, during the next couple of days, less favourable conditions should limit additional development of the system by the weekend.”

It is yet to be determined what impact the storm will have on Antigua and Barbuda, if any at all.

As of 5pm Tuesday, the centre of Tropical Depression Seven was located near latitude 9.8 north, longitude 40.4 west.

The system was moving toward the west-northwest at 8mph (13 km/h).

The National Hurricane Center stated further that a turn toward the west with an increase in forward speed was expected overnight into today, and that motion should continue through to Friday.

The maximum sustained winds are near 35 mph (55 km/h) with higher gusts.

Meanwhile, the local Met Office is encouraging residents to remain vigilant and prepared as the 2020 Atlantic Hurricane Season continues.