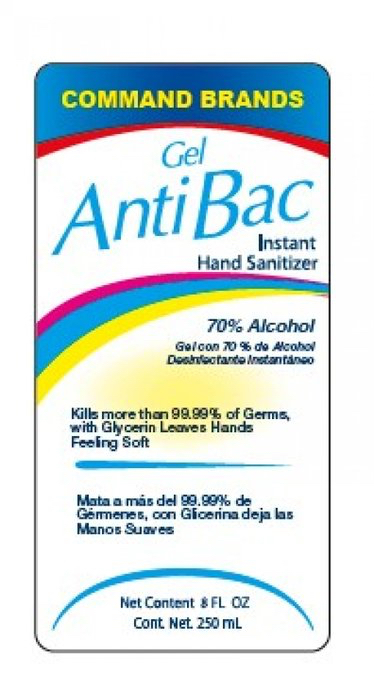 Officials at the Prices and Consumer Affairs Division will be mobilising inspectors over the next few days to scour local shop shelves for a particular brand of hand sanitiser that has been recalled due to health concerns.

Mexican firm Roque Plast S.A. de C.V issued a nationwide recall in the US yesterday of various lots of Commands Antibac instant hand santitiser due to the potential presence of toxic methanol, a potentially fatal ingredient.

The communications department of Mount St John’s Medical Centre (MSJMC) alerted the local public to the recall, full details of which can be found on the website of the United States’ Food and Drug Administration (FDA).

Spokeswoman for the Prices and Consumer Affairs Division, Jo-Ann Peters, said inspectors will have to conduct several checks to determine whether or not the product is in Antigua and Barbuda.

Once it is located, the Ministry of Health will be contacted and the product will be removed from shelves across the twin island nation.

Roque Plast said the recall had been initiated due to purported potential presence of methanol indicated by the FDA when the product was presented for import in the United States.

It was noted that although final analysis results and reports have not been received, out of an abundance of caution and as suggested by the FDA, Roque Plast was recalling the lots.

The company notified its customers and distributors by letter and a press release. Customers, distributors and retailers were advised that the product was being recalled and they should stop use or distribution, and return it to the place of purchase.

Methanol can be dangerous when absorbed through skin or ingested. Substantial exposure can result in nausea, vomiting, headache, blurred vision, permanent blindness, seizures, coma, permanent damage to the nervous system or death.

Heath officials in Antigua and Barbuda have continued to advocate for hand-washing with soap and water as the most effective way to reduce germs and bacteria, and hand sanitising only if soap and water are not readily available.