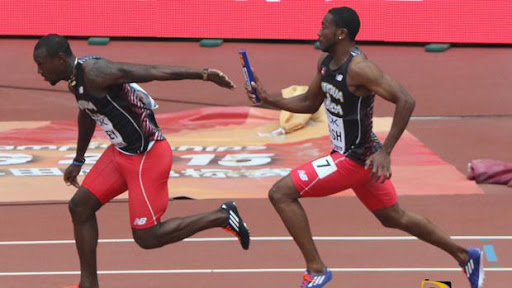 Male and female track and field athletes with the potential of becoming good relay runners are being deprived of an opportunity to put their talents on display due to the association’s lack of interest in developing that areas of the sport here.

To this end, former national athlete, Evans Jones, has called on those in authority to pay more attention to that area of the sport.

“This should be one of our strengths, the relays, because of what these guys have achieved in terms of Bakka [Daniel Bailey], Miguel Francis, Chevaughn Walsh who I think is one of the athletes most people have overlooked and Jared Jarvis. We have three good females and it’s easy for us to get a few more and once we have a proper plan in place to facilitate a women’s relay team just as we have with the men,” he said.

In 2015, Antigua and Barbuda set a new Pan Am Games record of 38.14 in the semifinals of the 4X100 men’s relay, convincingly beating the United States, Canada, Jamaica, St Kitts & Nevis and Chile.

Jones believes there are others who could following the example set in 2015.

“Right now I can call guys who are 19, this is their last Carifta year in Kaden Joseph, Barak Matthew, Darian Skerritt are three guys who are 19 years old and you have a 20-year-old in Jalen Dyett and those are four guys there that we could have work along with the other guys who would have put up a Pan Am record because we never really used that to our advantage to build upon,” the coach said.

Jones, the country’s Deputy Director of Sports, also believes that the country is equally talented in the women’s division.

“We have a few young ladies, of course Soniya Jones, the phenomenal Joella Lloyd, Abigail Dyett and Bliss Soleyn is still there on the outside. She has not been doing anything this year but if you as the association would have put a plan in place to say that come 2020 or 2024 we need male and female 4X1 relay teams then it can happen,” he said.

“There is a young lady in New York where her mother is from Antigua, her father is from St. Kitts and it’s a coach and athlete that I have been familiar with since 1990 to present and she also is one that we could have worked with. She is 22 years old but I am not foreseeing the association having a plan for a women’s 4X1 relay team,” Jones added.

The team, in 2015, was disqualified in the finals at the Pam Am Games following an infringement while handing off the baton in the first change over.