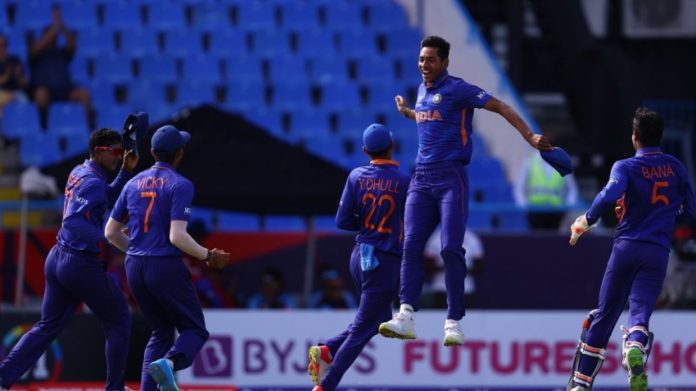 India are champions of the ICC Men’s Under-19 Cricket World Cup for a fifth time after a four-wicket win over England in the final at the Sir Vivian Richards Cricket Stadium in Antigua on Saturday.

Despite a near flawless 95 off 116 balls, including 12 fours from James Rew, England had a disappointing outing with the bat, being bowled out for 189 off just 44.5 overs.

James Sales was the next highest scorer for the English with 34 not out off 65 balls.

All-rounder Raj Bawa led the way for India with the ball with 5-31 off 9.5 overs, the best figures in the history of U-19 World Cup finals.

Bawa was supported well by Ravi Kumar who narrowly missed out on a five-wicket haul of his own, taking 4-34 off his nine overs.

After an indifferent start to the reply, an unbeaten 50 off 54 balls from Nishant Sindhu helped guide India to their target, finishing 195-6 off 47.4 overs.

Vice-captain Shaik Rasheed earlier got an even 50 off 84 balls for the Indians while Bawa also contributed 35.