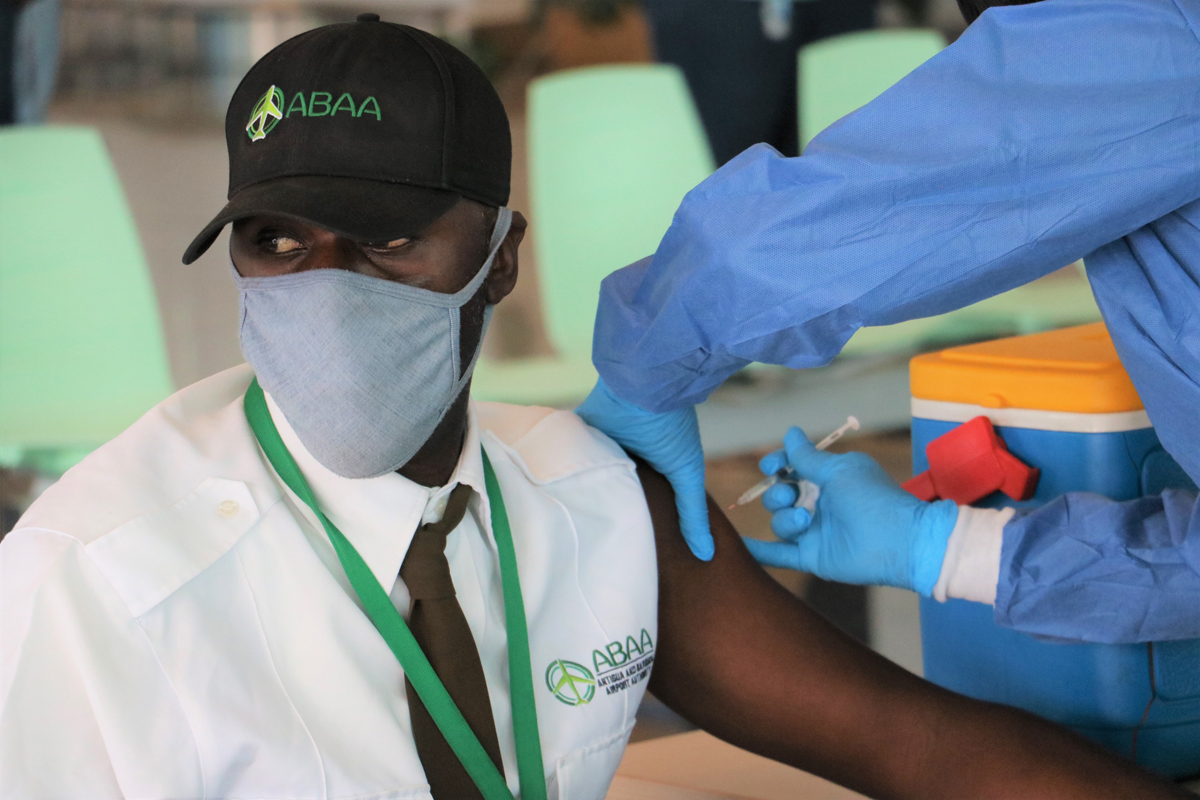 Almost 500 people who interact with tourists arriving into VC Bird International Airport have now received an initial dose of the AstraZeneca vaccine.

Up to Friday, 473 Airport Authority workers, ground handlers, taxi drivers, ‘red caps’, concessionaires, tour company and airline staff had been given a shot.

The sector is keenly aware of the need for protection against the Covid-19 virus; this month marks a year since the first case appeared in the twin island nation, triggering a lockdown and closure of the country’s borders.

“As the exercise continued daily, the VC Bird International Airport was able to carry out its professional and routine functions of receiving flights in much the same way it has been doing for months in support of the country’s tourism-driven economy,” a release said.

President of the Antigua and Barbuda Airline Association David Isaac said he was delighted by the breadth of involvement.

“We are happy that the entire airline community was canvassed in the process and pleased with the level of organisation. With the airport serving as Antigua’s only gateway, it was extremely crucial that airline employees as members of the frontline team of workers in the travel industry be inoculated,” Isaac noted.

CEO of the Antigua and Barbuda Airport Authority Euletta Francis reflected on the past year.

“In March 2020, the pandemic forced the closure of our borders,” she said. “Today, I am mindful that we are at this point having come through an extremely challenging year.

“I am indeed grateful that employees who have sacrificed so much and overcome their worst fears during a difficult time got this important layer of protection in the fight against Covid-19,” Francis added.