Holding: Andy’s knowledge of the game surpasses many 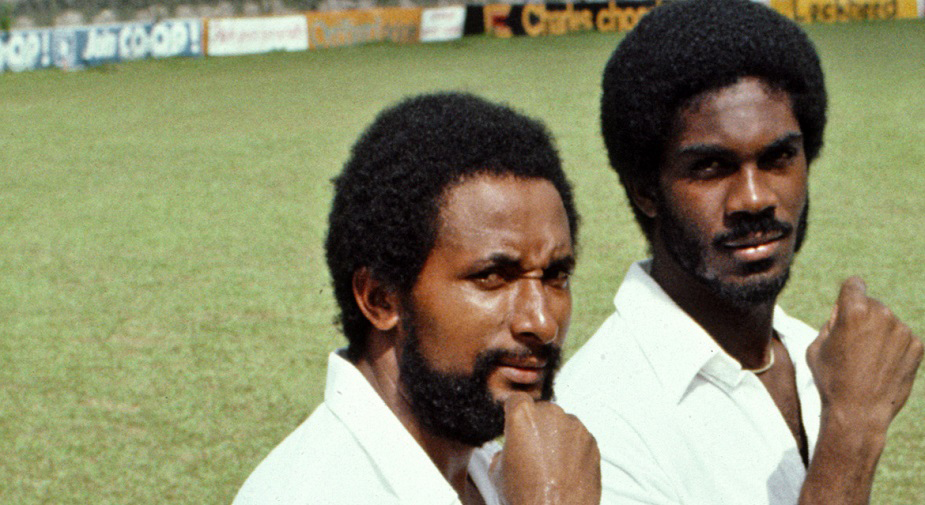 Andy Roberts (left) and Michael Holding during their days as West Indies teammates.

Former iconic fast bowler Michael Holding described Antiguan and former West Indies teammate, Sir Andy Roberts, as one of the most knowledgeable persons where the game is concerned.

Holding, who shares a close friendship with Sir Andy, said the former fast bowler’s knowledge of the game and his ability to read and teach the game must not be underestimated.

“Even the late former president, Pat Rousseau, I was very close to Pat and we used to have lots of talks about cricket, the administration of cricket, the playing of the game and one person that Pat always spoke about with understanding of the game was AME Roberts. Pat wasn’t any big former cricketer but he knew sports and could understand people who knew sports and that is one man that Pat always respected his views about the game,” he said.

However, Holding and Sir Andy shared a special bond, always rooming to together and sharing bowling advice. Holding said their friendship started long before their West Indies careers.

“Andy came to Jamaica as 12th man for the Combined Islands — because in those days it was Combined Islands, it wasn’t Leewards and Windwards — and I was 12th man for Jamaica. Both of us sat on those green benches at Sabina Park in front of Kingston Cricket club, right in front of the dressing rooms as 12th men for our respective countries, and that is where the friendship started,” he said.

“Just sitting beside each other, going out with the water cart and coming back, and even then, Andy wasn’t a big talker but in whatever little conversation we had that is how it started and it just grew from that and that is going back 46 or 47 years now,” he added.