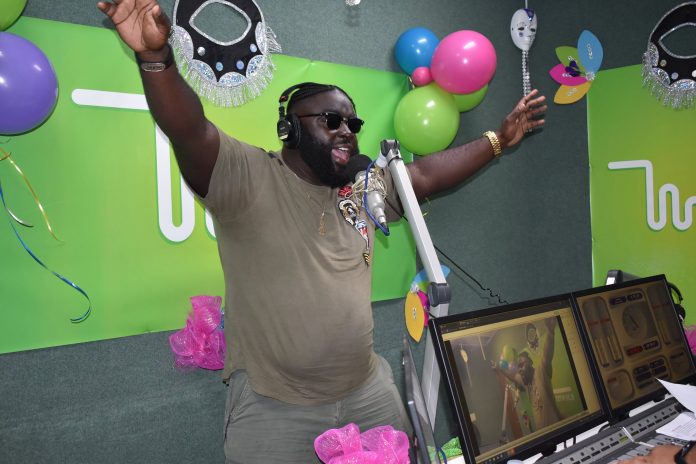 Carnival may be cancelled again this year but that didn’t deter a host of music-loving revellers tuning in to enjoy one of its signature events virtually.

‘T-shirt Mas Zoom Edition’ – powered by Observer’s Hitz 91.9 FM – featured live performances from some of the nation’s most popular stars.

Menace, Zamoni and Lyrical Reds were among the performers who took to the mic’ in Observer’s Redcliffe Street premises on Saturday.

There were also appearances by several of the station’s famous faces including DJ Biggie, DJ Tenny, and Shaka.

It was the second consecutive year the station hosted T-shirt Mas online, in lieu of the popular street party which traditionally kicks off Carnival in the last week of July each year. Like last year, this year’s main festivities are on ice due to the Covid pandemic.