Rickie Fowler hit a stunning 11-under-par 61 to win the Hero World Challenge after Tiger Woods capped his return from injury with a solid final round.
American Fowler, 28, trailed overnight leader Charley Hoffman by seven shots but made eight birdies in a dazzling front nine to lead at the turn.
He added three more birdies to break the tournament and course records at Albany Golf Club in the Bahamas and win by four strokes over Hoffman.
Woods, 41, carded a four-under 68.
The 14-time major winner, playing his first tournament since withdrawing from February’s Dubai Desert Classic with back spasms, went out in 31, hitting three birdies and an eagle at the seventh.
He recovered from a double bogey on 10 with three birdies in his next five holes, before successive bogeys at 17 and 18 saw him finish tied ninth on eight under overall in the 18-man unofficial PGA Tour event.
Having had multiple back operations in recent years, Woods said he felt “no pain” during his latest comeback and that his play indicated a “bright future.”
England’s Tommy Fleetwood carded a five-under 67 to finish tied third with world number two Jordan Spieth, six shots off Fowler. (BBC Sport) 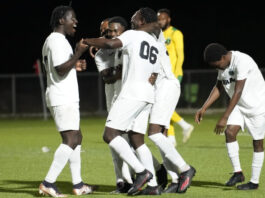 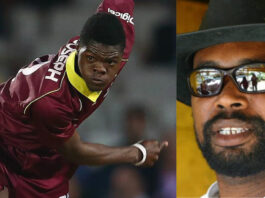