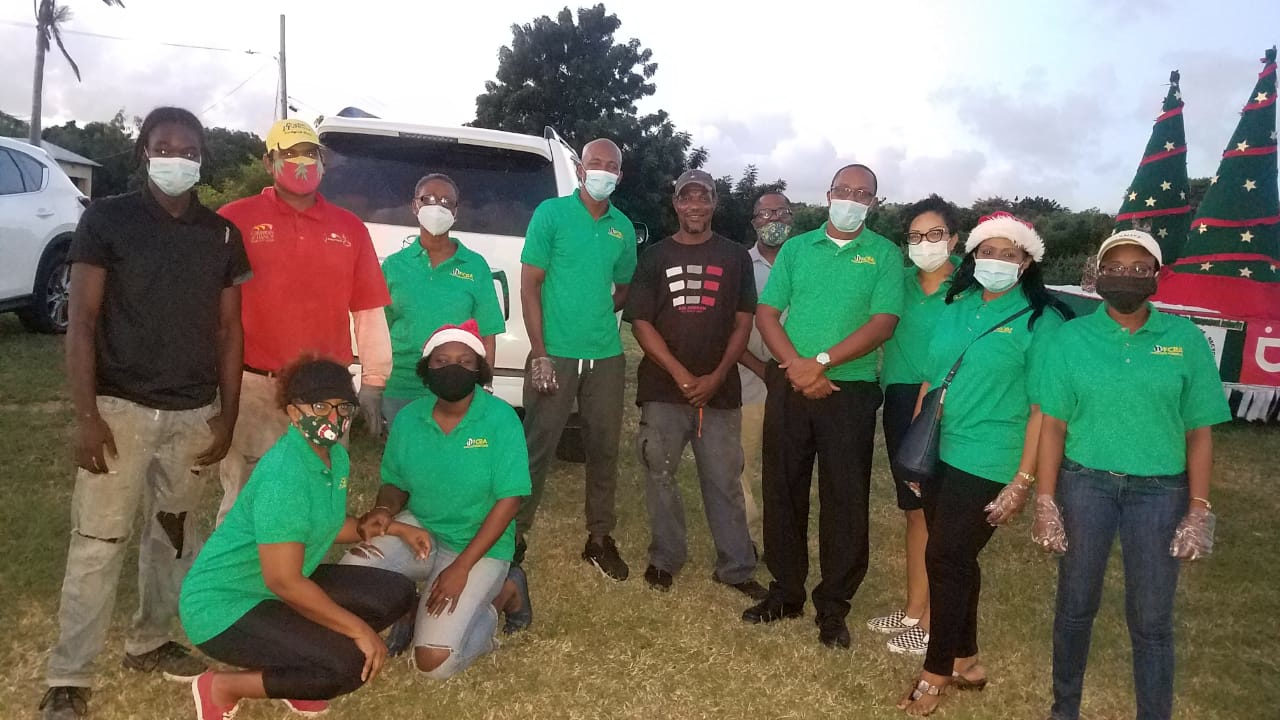 The Fitches Creek Residents Association (FCRA) hosted a number of activities to mark the festive season, as part of efforts to share some Christmas cheer and give back to those who serve the community.

The activities included a community wide cleanup, a tree lighting ceremony, Christmas float display and an Appreciation Day for sanitation workers, which the association organized in partnership with a number of local entities and individuals.

“The community wide clean up initiative was launched in November to clear overgrown verges as a way of improving aesthetics and to enhance visibility for road safety. This venture was met with support from its residents, political aspirants from adjoining communities and a neighboring residents association, Parham Alliance for Beautification Revitalization Organization (PABRO),” a release from the FCRA said.

“The cleaning exercises, which took place pre-dawn on a number of consecutive weekends saw the cleaning of major roadways through the community, communal areas but with special attention to the area in the vicinity of the St George’s Anglican Church.”

On December 16, members of the community, friends and associates attended the Tree Lighting event. The large tamarind tree at the entrance of the community was strung with lights, with the assistance of APUA, which when lit were met with cheers and whoops of approval by residents.

A float display and mini concert on the lawns adjoining Casa Palmadita on Central Avenue followed, with support from Digicel, PABRO, and National Solid Waste Management Authority (NSWMA). The evening’s event was well attended by the residents who were treated to the musical interludes by the Panache Steel Orchestra, and dance moves by Line Dance Connection which included a well-coordinated routine of world renowned Jerusalema.

The attendees donned masks and observed COVID-19 protocols even as they enjoyed the entertainment. The highlight of the night’s activities might well have been the State of the Creek address delivered by Association Chairman, Samuel who hinted at the persuasive efforts of some political candidates to have our National Hero Sir Viv Richards allow the residents to utilize a 2.5-acre lot owned by him as a recreational area until such a time as he may have use for the property.

The Christmas float bearing a snowman, trees, a reindeer, gift boxes designed by Sal Emard, took center stage, much to the delight of both adults and children. Concession stands with popcorn, hot dogs and local drinks filled the air with delectable aromas, and the laughter and squeals of playing children was a welcome reprieve from the silence to which the community had grown accustomed over the last few months.

On December 21, with the full support of the NSWMA, the community hosted an Appreciation Day for sanitation workers, as the members provided breakfast, take-away brunch and gift baskets to the teams that serve the community. At 6:30 am, there was a synchronized tooting of horns as a joint demonstration of gratitude to the men who contribute to keeping the community clean. The FCRA management team expresses its heartfelt appreciation to Eye Mobile Vision Care for its part sponsorship of the event.

Each event, though different in scope, was marked with warm smiles, laughter, kind deeds and elbow bumps, indicative of the joy they evoked. One commenter suggested that efforts should be made nationally to promote the establishment of similar community groups across Antigua and Barbuda, noting the essential prerequisite was not funding, but collective will.

The association has pledged its commitment to continue to serve the Fitches Creek community and a willingness to assist groups across the country who are interested in building a similar local network within their community.