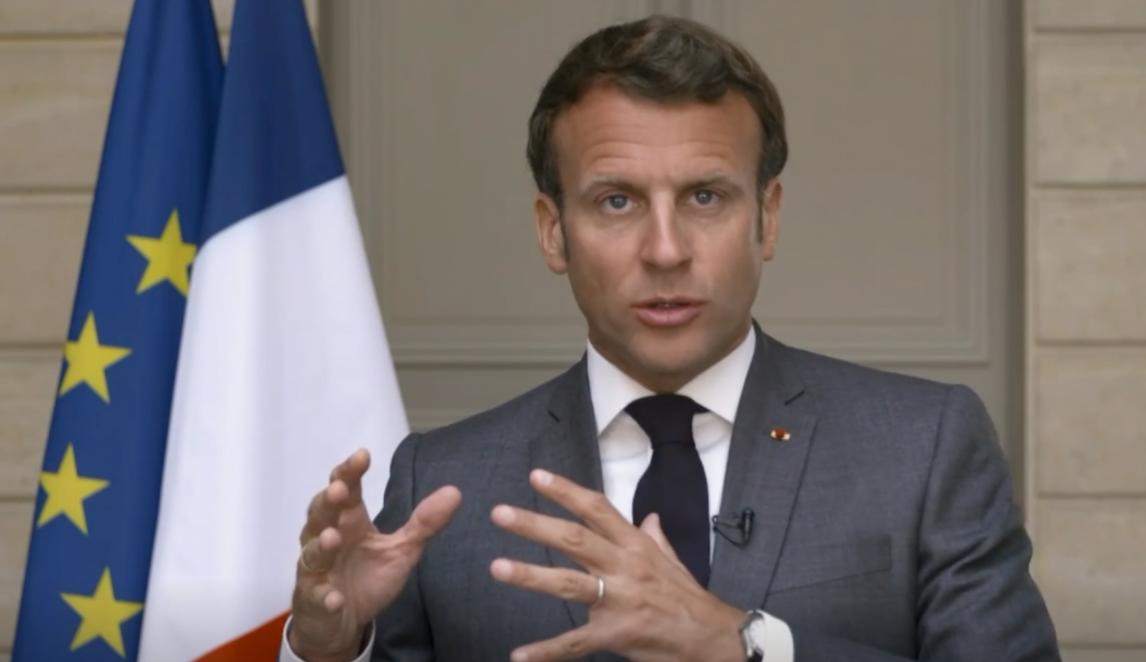 France’s Emmanuel Macron has tested positive for Covid-19, forcing several European leaders to self-isolate after coming into contact with him.

The 42-year-old president was tested after developing symptoms and will now self-isolate for seven days, the Elysée Palace said in a statement.

He “is still in charge” of running the country and will work remotely.

EU chief Charles Michel and Spanish Prime Minister Pedro Sánchez are among the leaders having to self-isolate.

France this week ended a six-week national lockdown, replacing the measure with a curfew to help deal with soaring cases.

There have been nearly 2.5 million confirmed cases in the country since the epidemic began, with more than 59,400 deaths, according to data from Johns Hopkins University.

France plans to start rolling out its coronavirus vaccination programme from 27 December.

Who has met Macron?

“The President of the Republic has been diagnosed positive for Covid-19 today,” the Elysée said on Thursday morning. The diagnosis was made following a “test performed at the onset of the first symptoms”, the statement added.

It is not yet known how Mr Macron caught the virus but his office said it was identifying any close contacts he had made in recent days.

These include Prime Minister Jean Castex, 55, and parliamentary speaker Richard Ferrand, 58, who are both self-isolating, their offices confirmed.

Mr Castex, who is not showing any symptoms and has tested negative, was due to introduce the government’s Covid vaccination policy in the Senate on Thursday – now Health Minister Olivier Véran is doing it instead.

Mr Macron’s wife Brigitte, who is 67, is also self-isolating but has no symptoms.

Spain’s Pedro Sánchez, 48, and the EU’s Charles Michel, 44, are both self-isolating after meeting the French president for lunch on Monday.

The Spanish prime minister’s office said he would be tested “without delay” and would “respect the quarantine until 24 December”.

Portuguese Prime Minister António Costa, 59, has also cancelled all official trips, and is isolating and awaiting test results, after a working lunch in Paris with President Macron on Wednesday.

However, the French president is being considered a potential risk of contagion as of Monday evening, a senior EU official has told the BBC.

All sanitary measures were observed during last week’s meeting and the council has not been informed of any other participants testing positive, the source added.

A presidential spokeswoman confirmed that all of Mr Macron’s forthcoming trips, including a visit to Lebanon on 22 December, had been cancelled.

What’s the latest on vaccines in the EU?

The European Medicines Agency (EMA) is due to meet on Monday to evaluate the vaccine which is already being rolled out in the US and UK.

The EU says it plans to carry out a co-ordinated vaccination campaign across its 27 member states to ensure fair access to doses. However, it will be down to each state to determine who gets priority for the injections.

However, infection rates still remain high and a daily 20:00-06:00 curfew was imposed. The new measures have forced restaurants, cafes, theatres and cinemas to close.

Which other world leaders have caught Covid?