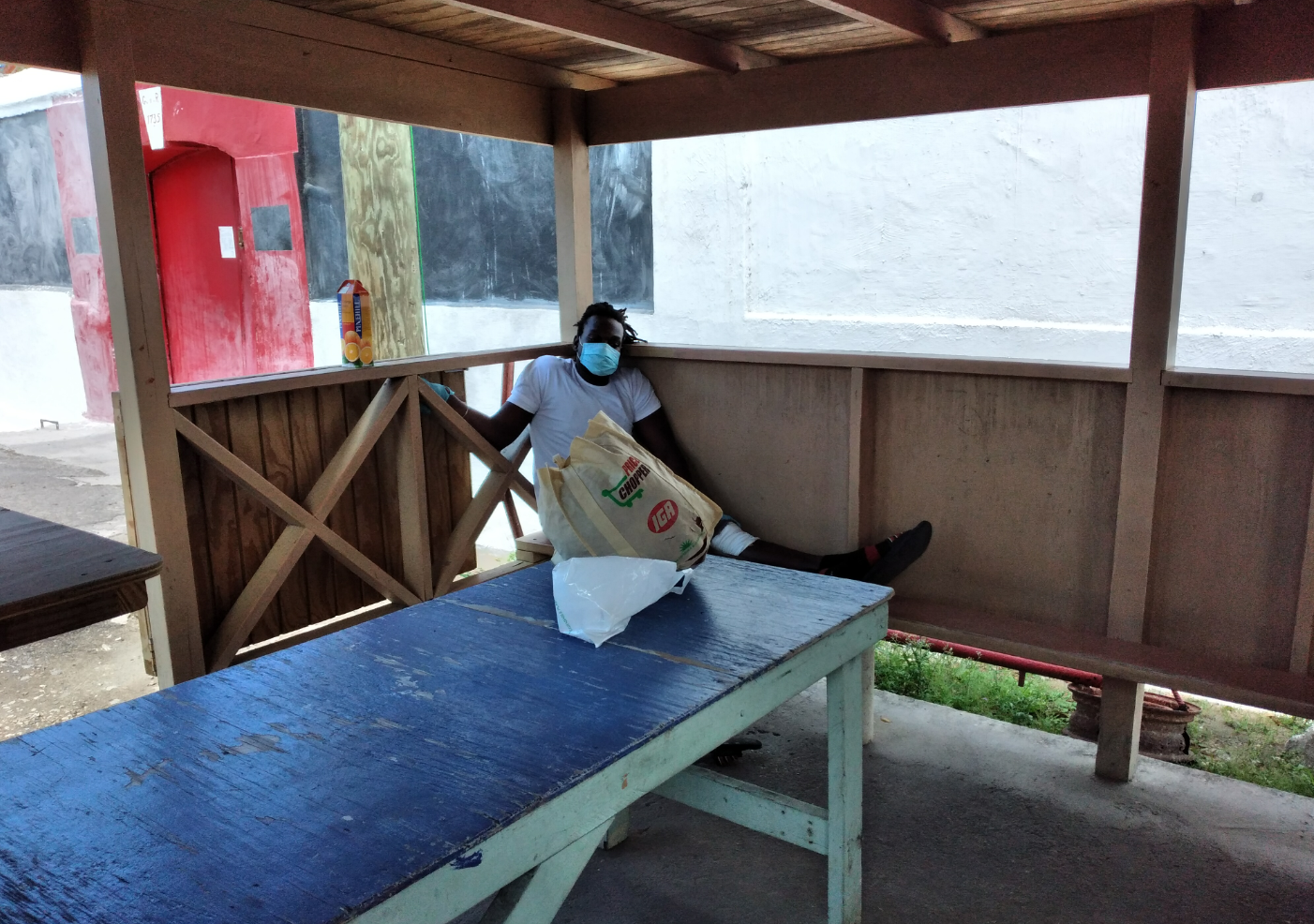 The release of a disabled former prisoner, who appeared to have no home to go to, sparked a heated argument outside Her Majesty’s Prison (HMP) yesterday afternoon.

When Observer arrived on the scene, prison activist Jessica Thompson, prison warden Deon Browne and released ex-con Kimani Joseph were involved in a heated verbal dispute over what Thompson and Joseph termed the lack of care and irresponsibility of the prison administration regarding his release.

Officer Browne, while speaking to this newsroom, explained that the prison in fact went the extra mile to inquire about a location for Joseph due to his condition but all calls were unsuccessful. He said it is not the norm for the prison to do this.

But, according to Joseph, he was released on Wednesday without the administration in HMP ensuring he had anywhere to go.

Further, Joseph was released without confirmation of whether he had contracted the Covid-19 virus in the prison, where there is presently an outbreak.

He said that because of that situation, his options to find a place to sleep are further limited.

Joseph mentioned that it was only until he was placed outside the facility in the shed in front HMP that the said officer, Browne, inquired about where he would be staying.

“I am here now the 17th of March released from Her Majesty’s Prison and I have nowhere to go because my mother is concerned about me coming home there with the Covid from inside of the prison. Apparently, I am leaving from cell 19 where I lived with two elder guys. I saw at the chief’s office that they were positive for Covid. I asked them for my result and they couldn’t find it so I advised Jessica to call the Covid people so I can get a test done and so that they can figure out where to put me until a test has been done to say whether I am positive or negative,” Joseph shared.

He also accused officers at HMP and the negligence of EMT workers for his current condition.

Joseph was diagnosed with lumbar spinal cord degeneration, a syndrome in which age-related wear and tear on a spinal disc causes low back pain. If significant enough, it can cause paralysis of both the upper and lower extremities.

He said the issue first arose years ago when he was being transported to the Mount Saint John’s Medical Centre (MSJMC) via an ambulance, which was involved in an accident.

That, along with being involved in multiple altercations at HMP by the hands of officers, is what Joseph identified would have caused his condition.

Because of this, prison activist Jessica Thompson who was visibly upset is calling on the relevant authorities to assist.

“What upsets me is that the prison knew that the magistrate had released him. They didn’t make any provisions for him to go anywhere knowing that he is paralysed and he cannot help himself. He cannot go to his family’s place because he doesn’t know the status of his Covid results. I am calling on the authorities please do something now because he cannot stay under the prison shed for the night. It is impossible for him to do that. I am trying to call Nurse Dupie, I can’t get her; I’ve tried to call the CMO, I can’t get her, so I am just frustrated. I am calling on the authorities to do something now. Please. remember they are humans; they are not animals,” she said.

Acting Superintendent Jermaine Anthony admitted to Observer media that they had not yet received Joseph’s Covid test results before the time of his release.

Regarding the other allegations, Anthony said he could not speak any further on the topic.