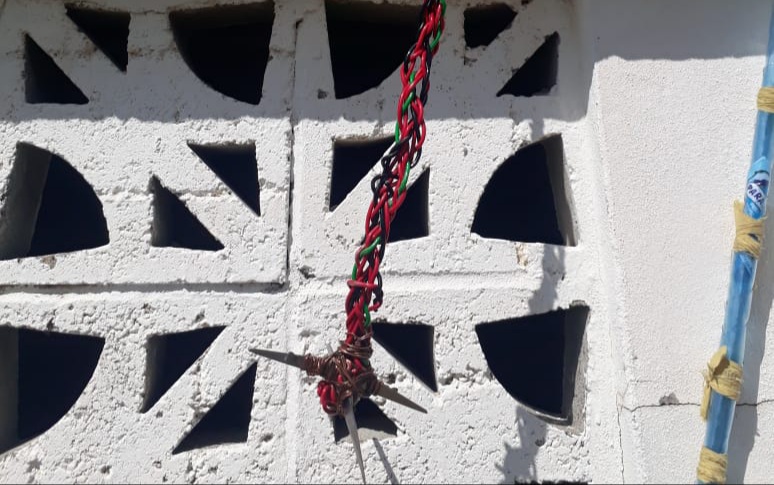 Keeping up with the improvisations used by inmates seem to keep prison officials busy, because their creative abilities are limitless, especially when they spend endless hours staring through prison bars thinking about freedom.

That theory was borne out on Monday during a raid at Her Majesty’s Prison, which revealed some skillfully crafted and dangerous weapons configured by prisoners, and which forced authorities to call an emergency meeting to tackle the systemic problem.

Some of the weapons were made from stones that had been sharpened so as to resemble knives.

Following the random search, prison officers and others who sit on the prison’s board were summoned to a meeting by the National Security Minister, Steadroy Benjamin, who expressed concerns about safety of inmates and workers within the prison.

Admitting that the prison can be an incredibly violent place, the Chairman of the Prison Visiting Committee, Charlesworth Browne, also confessed that the discoveries were startling.

“We found a deadly weapon made by hand and when one sees what that is like and what damage and injuries could be inflicted upon someone within the system, it is quite shocking. It is frightening and alarming to know that this is found in the prison,” he admitted.

Browne said authorities have not been able to successfully deal with the dangers that exist at Her Majesty’s Prison over the years.

“I want to underscore that the prison system is a very dangerous environment to work and this creative dangerous weapon is an indication of how dangerous it is for prisoners, officers and anyone who would enter the facility. We do not want that to continue,” he said.

He added that one prisoner admitted that the weapons are made for self-protection from other inmates.

“They said it’s not to harm any prison officer, but [it’s] a protective measure. But it is frightening to know that there are others like that within the prisons. We are trying our best to get to the root of this and continue to discourage especially weaponry. It gives me the chills when I look at that deadly weapon that is built within the system. We are concerned that these prisoners could seriously injure themselves and others,” Browne added.

The prisoners also fashioned what is being called a “grab stick’ using materials such as water bottles and toothbrushes.

“They cut the water bottles, wrap them and use pieces of cloth and they made these grab sticks to advance their illicit activities. It’s a culture of illicit activities and we are seeking to break that culture,” Browne said.

Additional measures are being taken to get rid of this practice, he said, among them being counselling and increased routine checks of the cells.

“If we remove every weapon, every contraband, this could lessen what is going on. We are letting them know that they can use their creativity to do something more productive rather than something that will advance illicit activities,” he added.

Considering prisoners don’t even need weapons to hurt each other, or themselves, there’s little chance all violence will be stopped.

Nevertheless, Browne is suggesting that reducing overcrowding and addressing conflicts early could save lives.

There are 268 inmates at Her Majesty’s Prison including one juvenile. Also included in that number are six females.