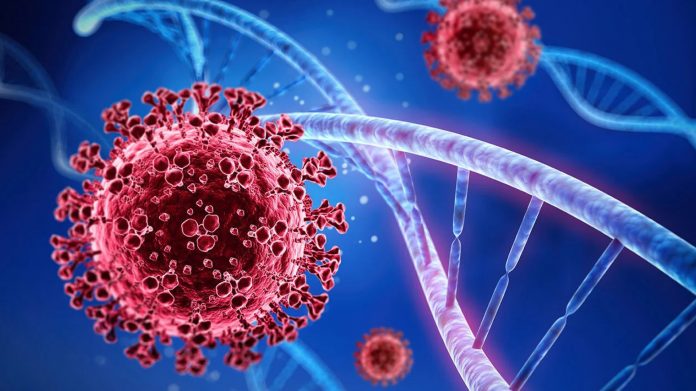 Another variant strain of SARS-CoV-2, the virus that causes Covid-19, has been identified in Antigua and Barbuda.

Following the confirmation of the Alpha, Beta and Delta variants over the past two months, the Health Ministry disclosed yesterday that the Gamma variant of concern has completed the quartet.

According to a press statement from the Ministry, the confirmation was recently received from the Caribbean Public Health Agency (CARPHA). It said the Gamma variant “was found in three of a group of eight samples taken in Antigua and Barbuda between 18 and 22 July 2021, which were sent to CARPHA for genomic sequencing”.

The Delta variant was identified in the other five samples, which is important, because when it was initially identified, it had only been found in one of seven samples taken between May 5 and July 2, which were similarly sent to CARPHA for genomic sequencing.

The statement also advised that, like the Delta, the Gamma variant is deemed to be more transmissible, causing more severe infection which results in increased hospitalization and death.

International reports say the AstraZeneca and Pfizer vaccines – both of which are on island – fare well against the Gamma variant, based on the results of a recent Canadian study.

The AstraZeneca is already in circulation and the rollout of the Pfizer, according to the government, is set to start on Monday. V

The vaccines have seemingly arrived at the perfect time. In June, the Gamma variant was accounting for nine out of 10 Covid cases in Brazil, while researchers also suspected that it was at least partly responsible for a rising number of child deaths in the country.

They made it clear to point out, however, that no evidence was found yet to confidently say the Gamma variant was responsible.

Nonetheless, children across the island are being encouraged to accept the Pfizer vaccine, with the consent of their parents, as it is currently the only vaccine approved for use in people younger than 18 years.

The government has insisted that the Pfizer doses will be used exclusively to inoculate the country’s youth, meaning adults will have to wait some time before they can access that particular jab.

So far, the Gamma variant has been identified in countries including Barbados, the British Virgin Islands, the Dominican Republic, Guyana, and Trinidad and Tobago.