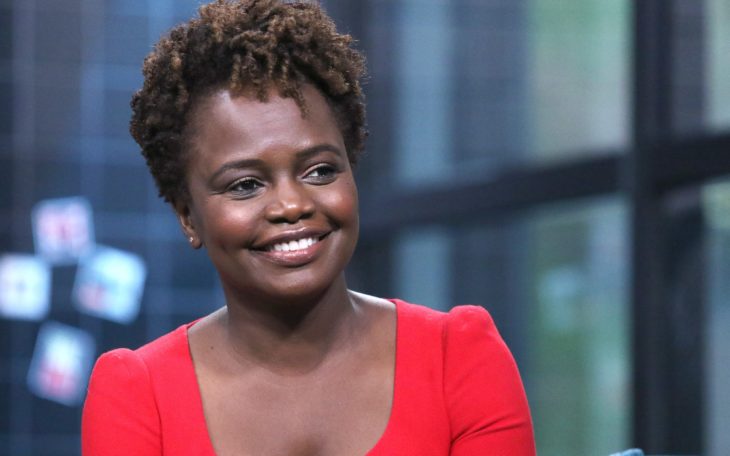 CMC – United States President-elect Joe Biden has appointed a Caribbean national to a top communications post in his incoming administration.

In an all-female senior communications team at the White House, Biden has named Karine Jean-Pierre, 43, who was born in Martinique to Haitian nationals, as the new Deputy White House press secretary.

Jean-Pierre previously served as Vice President-elect Senator Kamala Harris’ chief-of-staff during her campaign as a US vice presidential candidate.

Harris, a US Senator from California, is the daughter of an Indian mother and a Jamaican father.

Biden and Harris said the all-female communications team is aimed at bringing “diverse perspectives” to the White House.

Biden said in a statement that the team comprises “qualified, experienced communicators”, who will “bring diverse perspectives to their work and a shared commitment to building this country back better.”

Harris said the team will communicate “clearly, honestly and transparently” as the US grapples with the coronavirus pandemic and a series of other crises.

“I am profoundly honoured to be the Principal Deputy Press Secretary for @JoeBiden,” said Jean-Pierre in a tweet.

“I am especially thrilled to work alongside @jrpsaki, whose leadership and stellar instincts will ensure we are positioned to effectively communicate the Biden-Harris agenda to all Americans.”

Biden selected Jen Psaki, a top member of his transition team, who served in the Obama-Biden administration, as White House press secretary. Kate Bedingfield, who was deputy Biden-Harris campaign manager, will be White House communications director.

Jean-Pierre, who was raised in Queens, New York, served as a senior advisor to the Joe Biden 2020 presidential campaign.

Her professional experience has ranged broadly from presidential campaigns to grassroots activism, to local politics, to working in the White House.

Jean-Pierre, who is the Chief Public Affairs Officer for the liberal MoveOn.org and an NBC and MSNBC political analyst, previously served as the deputy campaign manager for Martin O’Malley for President.

Prior to joining the O’Malley Campaign, Jean-Pierre said on her website that, in 2014, she was the campaign manager for American Civil Liberty Union’s (ACLU) Reproductive Freedom Initiate (RFI).

Before joining the re-election campaign, Jean-Pierre served as the Regional Political Director for the White House Office of Political Affairs.

“My parents, Haitian immigrants, it’s like the immigrant experience,” Jean-Pierre told the Public Broadcasting Service (PBS) in 2019. “They came here for the American dream that, in many ways, eluded them.

“They still live cheque-to-cheque,” she added.