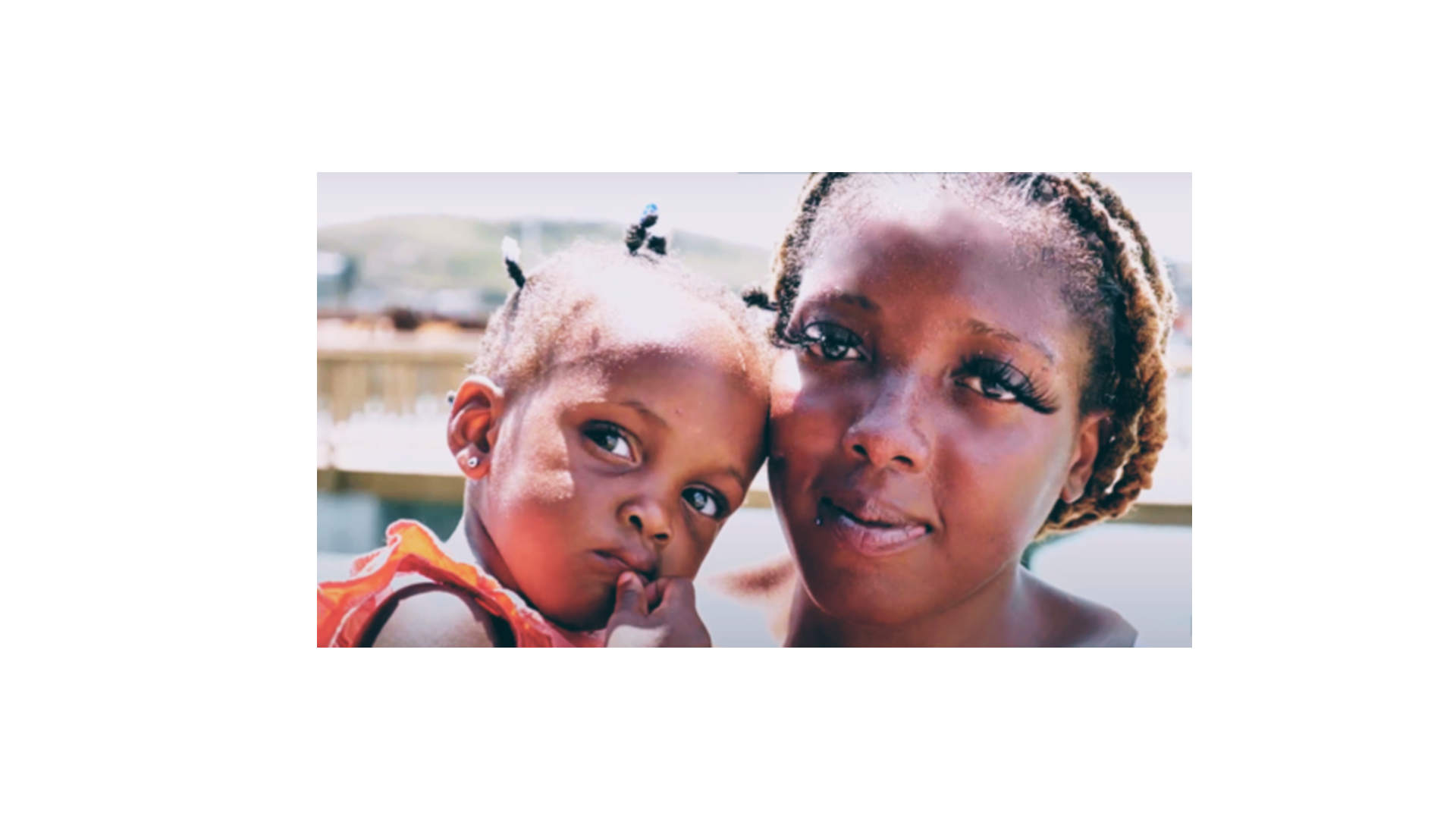 A young mother is breathing a sigh of relief after a frightening experience that resulted in CalvinAir Helicopters (CAH) having to provide medical emergency airlift of her one year-old daughter from Barbuda, to the Mount St John’s Medical Centre
(MSJMC).

Makeda Philip, 20, who resides in Barbuda, describes how terrified she was when her infant daughter, fittingly named Miracle Charles, developed two febrile seizures and had to be airlifted for a series of tests and treatment.

She recounted that at approximately 3pm on March 22nd , she noticed that Miracle, who is usually a cheerful and playful child, was quieter than usual. Upon being checked, it was discovered that she was running a temperature, for which she was given a fever-reducer.

A few hours passed, and Makeda said her niece raised the alarm that Miracle was shaking and foaming at the mouth. Makeda’s mom and brother, though frightened, acted quickly by calling an ambulance and began giving Miracle a bath in an attempt to reduce the temperature.

The ambulance arrived shortly after and Miracle was taken to the Hanna Thomas Hospital, where the medical staff continued to administer cold baths. Unfortunately, after a short time, Miracle experienced another episode. It was then the medical staff at the hospital advised Makeda to have the one year-old airlifted to MSJMC.

When CAH Pilot, Mark Fleming received the distress call, he immediately sprang into action and prepared to launch at sunrise. “In emergencies, timing is everything,” Fleming, a former Air Ambulance Captain, said. “We are happy that we were able to deliver the baby and her mother safely to MSJMC.”

According to Makeda, they were not aware that they would be transported by helicopter, and was surprised at how quickly they arrived to the hospital, where a medical team was waiting for them. A battery of tests were conducted on Miracle, including spinal tests and a brain scan. The relieved mother exhaled when thankfully, she learned there had been no infection detected.

Makeda explained that Miracle was diagnosed with Complex Febrile Seizure, which was caused by the high fever she had contracted. Febrile seizures are convulsions that occur in a child who is between six months and five years of age and has a temperature greater than 100.4º F (38º C). As in Makeda case, febrile seizures can be a frightening experience for many parents, since there is a small chance that the child may be injured by falling or may choke on food or saliva in the mouth.

Miracle, who was named because she was born at home before Makeda could make it to the hospital, is now back to her happy and pleasant self after being discharged from MSJMC a few days after her emergency. Her mother, Makeda sends thanks to the nurses and doctors at both the Hanna Thomas Hospital and MSJMC, who she said “really did their job” and helped her daughter tremendously. She also expresses gratitude to Calvin Air Helicopters, “because if it wasn’t for them, we (the family) don’t know what would have happened”.

Corinna Delowsky, Executive Director of the Calvin Ayre Foundation (CAF) confirmed, that during a discussion over a year ago, regarding emergency airlift or search and rescue, Chairman of the Ayre Group, Ambassador Calvin Ayre made the decision that his Foundation, CAF, would cover the cost of the emergency flight.