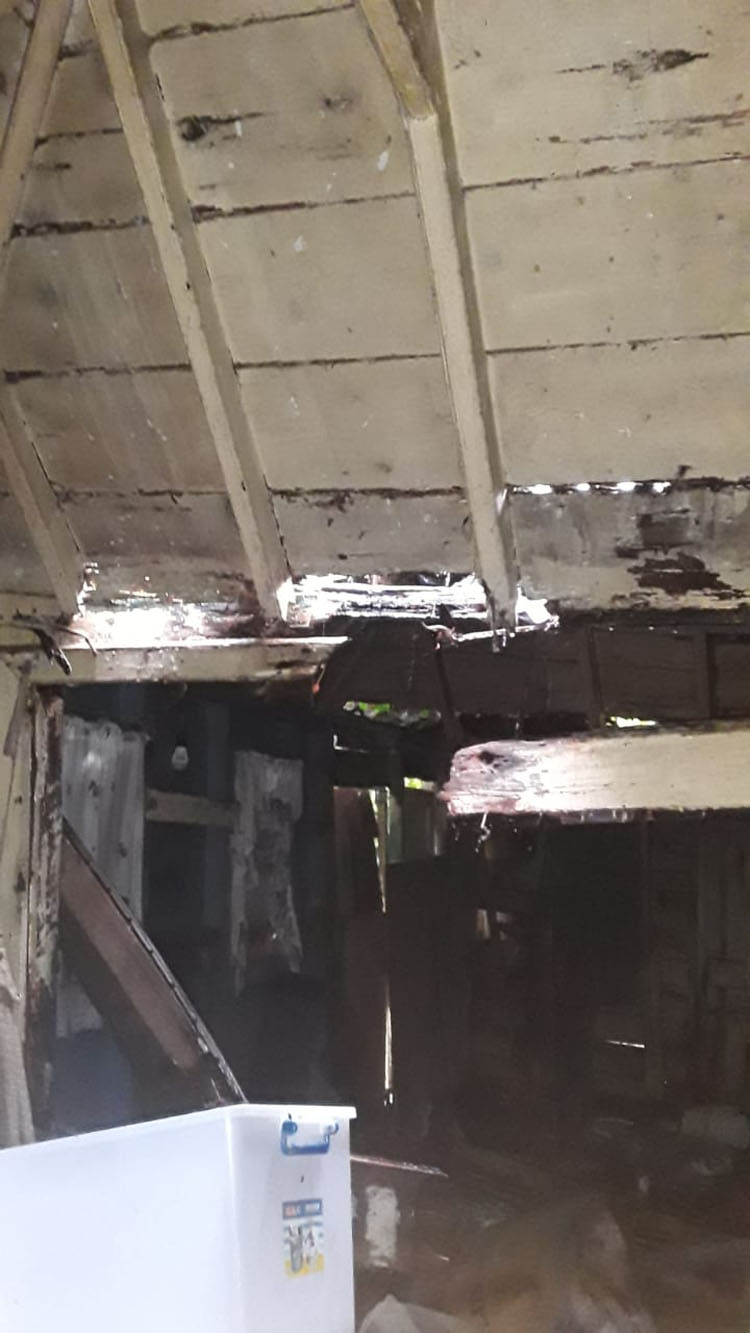 Householders impacted by the recent rains will soon know the extent to which government will provider disaster relief, after Cabinet meets today.

Many residents lost personal belongings due to the heavy rainfall on Monday and Tuesday, which caused severe flooding in certain areas, leaving many roads impassable and causing damage to several homes.

An assessment was done by the National Office of Disaster Services (NODS), after which a report was expected to be submitted to the Cabinet. This report will likely include cost estimates for the necessary repairs to be done and NODS director Philmore Mullin is expected to be present at the Cabinet meeting for further discussions.

Speaking during this week’s post-Cabinet media briefing, Information Minister Melford Nicholas confirmed that the government has plans to provide assistance. He explained that they have already identified initial areas to assist and will make the final determinations during this morning’s meeting.

“Some of the assistance is going to be immediate, because the National Office of Disaster Services did indicate through Mr Mullin [on Wednesday] that they have within their resources, beds, blankets and other things that can be of immediate assistance.

“What we’ll have to do is to top up those resources, so I think the response will start almost immediately after [today’s] meeting and it will be a continuing programme until we reach as many persons as possible, if not everyone,” Nicholas explained.

Along with the distribution of supplies, one set who will receive attention is those individuals who live in flood-prone areas. Nicholas said they will require more permanent support.

“There are persons who are living in these low-lying areas that would require further assistance, in terms of getting their homes – where these homes are wooden houses – elevated to higher level, above the general flood line,” he said.

The minister urged the public, particularly those adversely affected, to be patient, adding that the government is aware of the needs and is prepared to do what is necessary.

“The government is up to the task of doing what it needs to do, when it has to be done. We just want to thank people for their forbearance, we understand that the misery index has in fact increased as a result of the dual shortage of income and of jobs and now with this particular displacement that comes with this particular disaster.

“We are in it with you and each of the representatives are going to be doubling up their efforts to meet, engage, support and assist persons who are most desperately in need of that support,” Nicholas added.

The government is also planning to access approximately US$2.5 million from the World Bank’s Caribbean Catastrophic Risk Insurance Facility (CCRIF) – of which Antigua and Barbuda is a paying member – along with a EC$5 million loan from the Caribbean Union Bank, toward the disaster response.

The Information Minister also confirmed that he would be leading another press conference, subsequent to the Cabinet meeting, to disclose the additional plans for assistance.