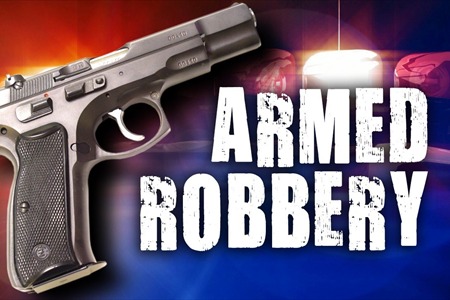 As police continue their hunt for a man who was captured on video robbing a Chinese owned supermarket on Church Street at gunpoint on the weekend, a former law enforcement officer is encouraging store owners to get “creative” in order to protect themselves and their businesses.

In a now widely circulated video of the Saturday afternoon incident, a man wearing a mask, cap, a white long-sleeved shirt and dark pants is seen entering the store with a red and black bag, from which he later pulled what appeared to be a firearm.

After throwing the bag on the counter, the man seemingly gestured to a worker to place money in the bag.

Police told Observer that the assailant made off with an undisclosed sum of money, however, no one was injured during the incident.

Corporal Anderson Tuitt who is attached to the police’s Office of Strategic Communications (STRATCOM) said “the police administration takes all crimes seriously, especially those where lives are put at risk”.

He added that the police are seeking the assistance of the public in helping us to identify the person seen in the video”.

Any person with information can call 911 or the Criminal Investigations Department at 462-3913/4.

Among the respected former cop’s suggestions is a greater investment in human resources.

“Invest in proper security now and it will pay off in the future. You may want to have your security on the outside,” he suggested.

He said, someone plotting to rob an establishment will now have to navigate how to circumvent this added layer of security.

The former officer, who also servers as a law enforcement and crime commentator, said this should form part of multiple layers of security a business utilizes.

“When it comes to certain hours of operation, lock the door and let people in selectively,” he added.

He said that adding other security features like proper camera surveillance, chimes to alert employees when someone enters an establishment and even a panic button could be included as security features in an innovative approach to deterring crime.