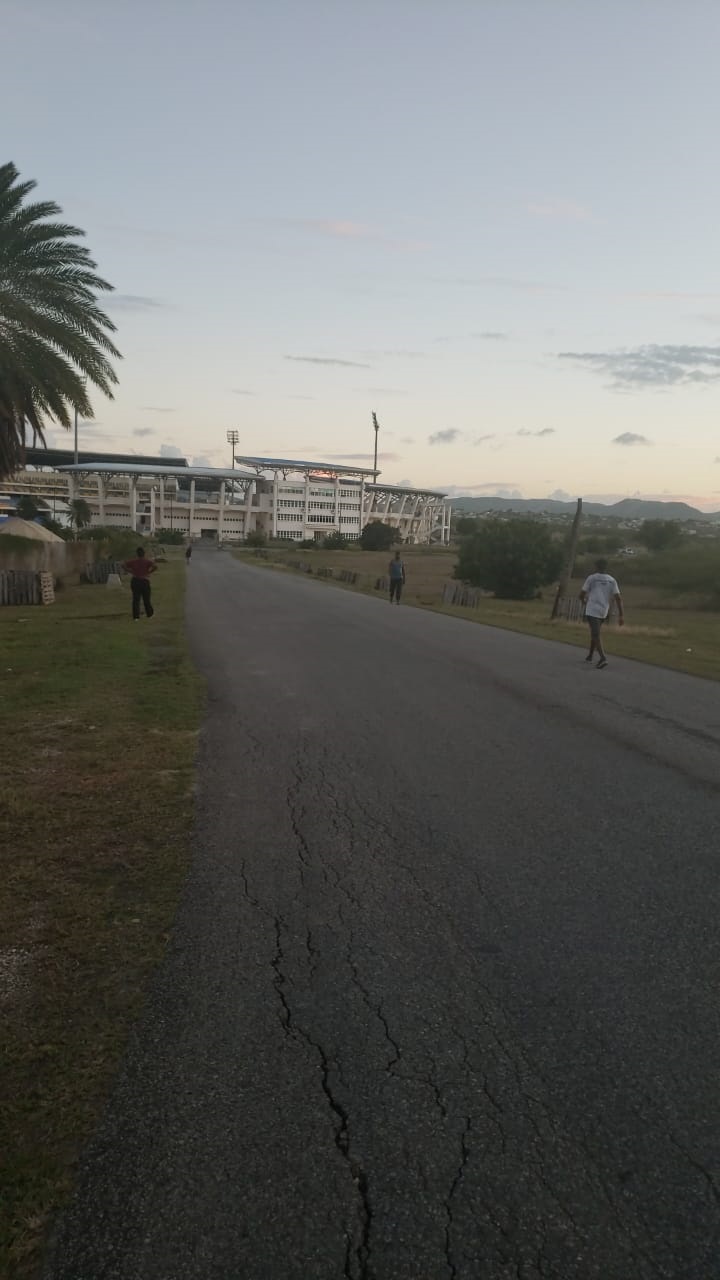 Members of the public utilising the areas surrounding the Sir Vivian Richards Cricket Stadium for exercise or social purposes, could soon benefit from the installation of additional lighting in the area.

This was revealed by stadium manager, Keithroy Black, who said he has been in talks with the Antigua Public Utilities Authority (APUA) regarding the reinstallation of lights in some areas outside the ground.

“We have had discussions with APUA and they have committed to come and assist us. They have been there, they have paid a site visit and have done their ground work. They have the map of the entire stadium and they are working on it to see how best they can do that,” he said.

“Some of these poles that are on the outside and at some point people were stealing things from these poles so some of them are empty so they are going to have to go back and snake wires and so forth in most of them,” he added.

Although there have been no reports of incidents at the venue, Black said the stadium’s management is still seeking to make the facility and its surroundings as safe as possible.

“We have not had that but we don’t want to wait until something happens and then we rush to deal with it. We are trying to make sure we are not reacting but we want to be proactive so we are trying to put the lights and so on in place so that persons could feel more comfortable and even walk a little later into the evenings because the exercise is very important,” he said.

In a recent interview, Black called on those utilising the area to exercise civic pride and properly dispose of their garbage when leaving the venue. The body, he said, has been forced to clear the surroundings on many occasions as individuals would leave their bottles and boxes strewn about the outside.