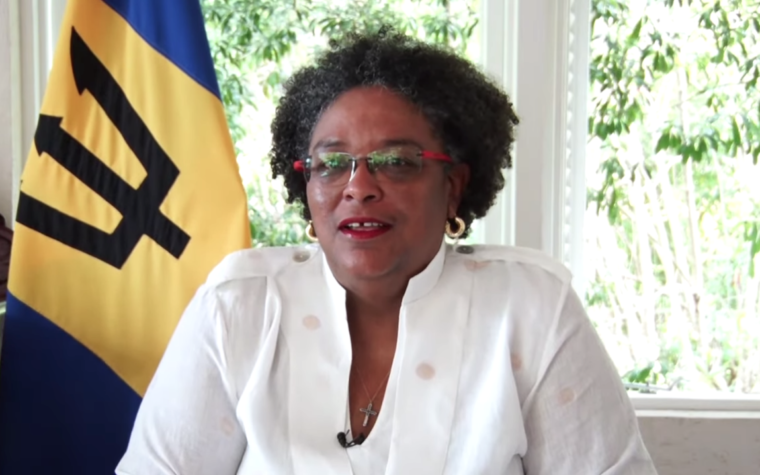 In order to fill a population gap of about 80,000, Government is amending its immigration laws to take a more “liberal approach”, says Prime Minister Mia Mottley.

She made the disclosure this morning as she responded to a question posed by the host of The Pat Kenny Show – Newstalk podcast on the topic, Recruiting Irish to Barbados.

Asked by Kenny what provisions were in place for a visitor who, at the end of the 12-month period of the Welcome Stamp, wanted to stay on in Barbados, Mottley said the Government was working on new laws.

“We are actually in the process of settling a new Immigration Bill in the country . . . . I had established a National Population Commission when we came into office two years ago. As a result of the work of that commission, we discovered that we have not really replaced our population since 1980, in terms of fertility and growth,” the PM said.

“To that extent, we are probably 80,000 less than we should be. It means that we are going to have to have a fairly liberal approach to immigration, while at the same time having a very strong framework for managing migration to the island.

“Obviously, persons who are Barbadian descendants have a particular natural right. But then we start to look at skills, we start to look at where the . . . population gap can be filled in a way that adds value to our development trajectory,” she explained.

Mottley stressed, though, that any changes to immigration would be managed.

As it relates to the Welcome Stamp programme, the PM said the country was leveraging its tourism framework to accommodate the work-from-Barbados visa.

“Thus far, we have had about 1,200 applications and I am confident that it will continue to be attractive to a number of people, not only because of the desirability of the destination but for many people there are medical reasons why they may need to be in a warmer climate. They may have vulnerabilities to COVID, so they may need to be somewhere where they are less likely to catch it,” she pointed out.

“Some people have decided they can’t come for 12 months so they come for two, four, five. People are coming for different variations; they are coming for a bit, then they go and come back. It is designed to accommodate all interests and all colours.”

The programme is open to persons earning US$50,000 and up and health insurance coverage is required.

“One of the things we have asked, in order to get the visa, is that you make sure you have insurance coverage. If you are coming here and you don’t have it we are trying to make sure you can be able to purchase something here as well,” Mottley said.

She said such requirements were needed since much effort had been put into keeping the country’s COVID-19 numbers down.

“We have had to work very hard to achieve that, so we are constantly vigilant. We are conscious that this is a matter that can so easily get away from anyone,” the Barbadian leader said. (IMC)