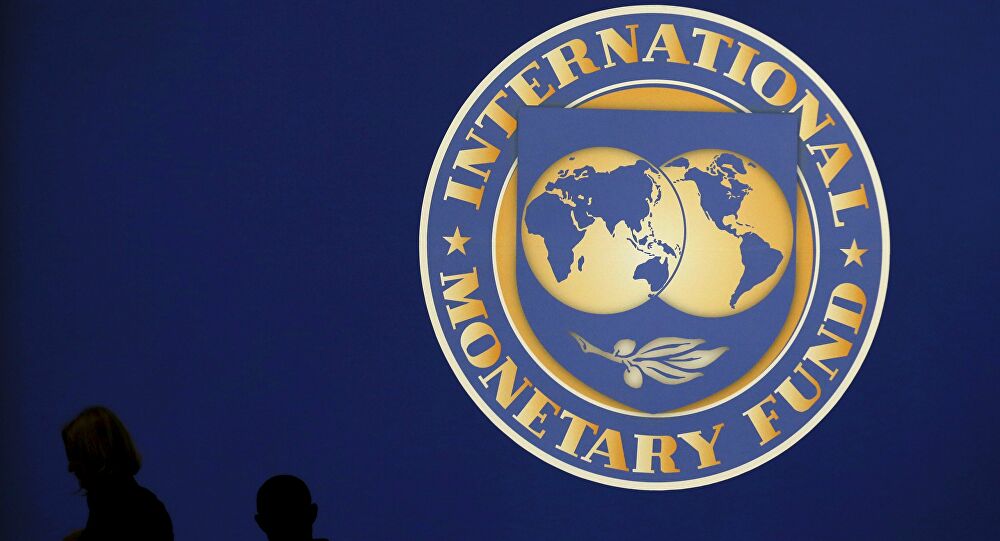 (Barbados Today) – Barbados is in line for a $180 million lifeline from the International Monetary Fund (IMF) to cope with the effects of the COVID-19 pandemic, which has decimated the tourism industry and led to sharply lower tax revenues, the IMF reported Monday evening.

The IMF said that while the country continued to make “good progress” in implementing its Barbados Economic Recovery and Transformation (BERT) programme to restore fiscal and debt sustainability, rebuild reserves and increase growth, there were some major challenges caused by the pandemic.

The proposed augmentation payment of US$90 million from the IMF comes on the heels of the third review of the BERT programme, and disbursement of $278 million (US$139 million) under that programme, details of which were revealed last week.

Government has also requested a modification of the BERT programme’s performance targets, including that a new structural benchmark to submit an amended Central Bank law to Parliament by the end of September 2020 be reset to the end of December 2020 instead.

The finance ministry has also proposed to reset five structural benchmarks for upcoming reviews under BERT.

These include the adoption of the central bank law by Parliament from December 2019 to December 2020; the actuarial review of the civil service pensions from June to September; new public pension law from September to December; development of plans to recapitalize the central bank and address medium and long-term challenges for the NIS stemming from the debt restructuring from June to December; and the resetting of fiscal rule benchmark from December to June 2021.

The IMF said: “Resetting of benchmarks for future reviews is proposed due to the global coronavirus pandemic.

“The authorities continue to reform state-owned enterprises by improving their commercial viability and strengthening monitoring. In response to the global coronavirus pandemic, a programme augmentation of US$90 million (70 per cent of quota) is proposed to help the authorities accommodate the external COVID-19 related shock with a lower primary surplus.:

The requested US$90 million under the extended fund facility would be used to help address a substantial decline in revenues, finance additional spending related to the pandemic and further shore up international reserves.

The pandemic is expected to cause a sharp decline in private foreign direct investment, forcing the Government to also seek assistance from international financial institutions, which has already begun.

A $200 million (US$100 million) budget loan from the Development Bank of Latin America (CAF) is expected later in the year.

The IMF said the ongoing pandemic is expected to have a severe impact on Government’s balance of payments, leading to “a deep recession, and the consequent need for fiscal accommodation”.

In its assessment, the Washington-based international financial institution is assuming no tourist arrivals for the second and third quarter and a “moderate recovery” in arrivals for the last quarter of this year.

“In 2020, the current account deficit is expected to deteriorate drastically to around ten per cent of gross domestic product (GDP), driven by a 55 per cent decline in travel exports. Despite the much more favourable oil prices caused by the global recession and excess supply, the decline in tourism is expected to cause a deterioration in the current account deficit by US$320 million (or seven per cent of GDP),” the IMF explained.

IMF officials praised Barbados for its “advanced planning”, which it said helped limit the impact of the virus in the country, and its national preparedness plan it said was bearing fruit.

But the IMF maintained that the economic fallout of the global pandemic will be severe due to a collapse in the tourism industry.

It said: “Commercial airlift was suspended in late March and tourism arrivals have ground to a halt, prompting widescale hotel closures and labour furloughs.

“Under a scenario where tourism starts to recover gradually to pre-shock levels in the last quarter of 2020, aggregate arrivals would still be expected to contract by around 40 per cent for the year as a whole – roughly four times the magnitude of the shock experienced following the 2008 global financial crisis.”

The IMF report said the potential scale of the economic dislocation resulting from the coronavirus shock highlighted a need for a well-targeted and temporary social support and an economic stimulus programme.

The economy contracted by about three per cent for the first quarter of this year and unemployment is currently hovering around 24 per cent or about 42,800.

While unemployment numbers are expected to fall as the economy slowly reopens, it is estimated, however, that economic growth will further decline to reach between -7 per cent and as much as -12 per cent.

The IMF said: “As long as the 14-day quarantine period for all incoming travellers remains in place, tourism will not be able to restart.

“Under current scenarios, the economy is expected to start recovering in quarter four of 2020; over the medium term, growth is expected to converge to its medium-term average of about two per cent, boosted by structural reforms.”