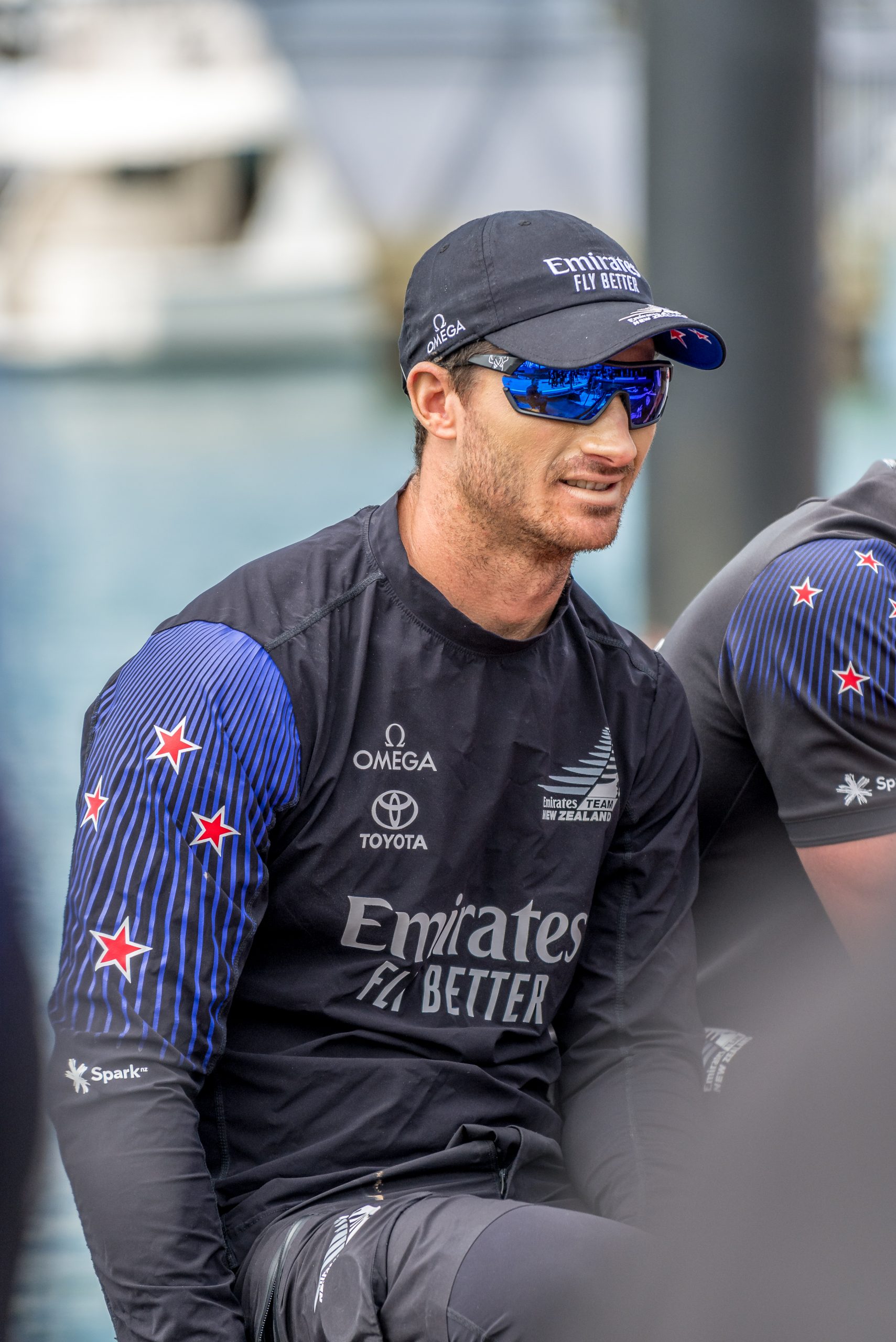 Local sailing enthusiasts eagerly anticipating today’s start of the America’s Cup – often dubbed the ‘Formula One of sailing’ – will have reason to celebrate whatever the outcome.

In an historic first, whichever boat claims the oldest trophy in international sport will have an Antiguan on its team.

Battling for the coveted title is Italy’s Luna Rossa – whose team includes veteran sailor Shannon Falcone – against New Zealand’s Te Rehutai which has Louis Sinclair on board.

A third Antiguan – Louis’ brother Alex – was also in the competition but got knocked out in the semi-finals of the Prada Cup on January 30.

The finals are just hours from getting underway in Auckland, New Zealand. Racing was delayed by several days due to the city going into a strict weeklong lockdown.

The team to emerge victorious in the best of 13 high-energy races taking place over the next few days will claim the cup.

Two-time Olympian and seasoned sailing coach Karl James told Observer it was an “amazing achievement” to have three Antiguans participating in the event – and two in the finals.

“It speaks of where Antigua is in the world with regards to sailing. When you look at the size of our population and see how far these guys have gone – representing Italy and New Zealand with all the resources those countries have – it’s fantastic,” he said.

The America’s Cup takes place every four years and is considered the pinnacle of yacht racing, showcasing the very latest in yacht design and technology.

Both Sinclair and Falcone are grinders, a physically demanding role which involves operating manual winches that raise and trim the sails and move the boom.

The competing boats are AC75 high-performance foiling monohulls, a class designed specifically for this competition. The vessels’ wing-like foils lift the boat up and out of the water as the pace picks up, resulting in speeds more than twice the wind speed.

Falcone has competed in multiple previous editions of the America’s Cup – and won the 2010 and 2013 campaigns aboard Luna Rossa.

Speaking to Observer from Auckland, he explained why the event holds such prestige.

“It’s older even than the modern Olympics; it was first competed for in 1851. It’s a friendly competition but also displays technology and teamwork on the water,” he said.

The British-born sailor – who has lived in Antigua since the age of three when his family sailed here from Italy – is the son of Olympians Carlo Falcone and Paola Vittoria.

Falcone, 40, said it was important to show younger sailors “just how achievable a professional career in yachting is”.

“I was lucky enough to start 20 years ago and still be in the game, but it’s really cool to see the next generation up and coming,” he explained.

“There’s a whole new generation in their late teens, early 20s, that have been racing and really showing there’s a good pool of talent. And that’s because ultimately the conditions are so good in Antigua and there are a lot of boats coming in and out.”

Sinclair, 29, who also grew up in English Harbour, told Observer he could “never have dreamed” of sailing on an America’s Cup boat when he was a child learning the sport.

“It’s great that Antigua had three people in the America’s Cup. Other countries have massive dingy sailing programmes which is the usual route for kids to get involved with sailing.

“In Antigua we have the yachting scene which does have opportunities if you’re willing to work hard and put in the time,” he said.

Sinclair, the grandson of legendary yachtsman Desmond Nicholson who played a major role in establishing Antigua as a sailing hub, advised local youngsters keen to secure a foothold in the industry to get into optimum physical shape and strive for a full-time job on a yacht in English Harbour.

He said while he had missed his homeland in the three years he has been away training, he has greatly enjoyed “getting fitter and learning new skills”.

Sinclair, who first competed in the America’s Cup in 2017, described sailing the AC75 as physically tough but added, “the feeling of foiling makes it all worthwhile”.

James recalled the days he had taught a young Sinclair how to sail an Optimist dinghy, a small boat designed specifically for children.

“I taught Louis every afternoon; he was so determined I knew he would do well. We only had one good boat then so I would have little competitions to see who would get to use it and Louis would always win.

“He was relentless – and that’s what’s required at this level. The America’s Cup is what a young sailor dreams of. I am very, very proud of the efforts of those boys.”

Bookies may currently have the Kiwis as the favourites to win but, closer to home, there will be celebrations either way.

One more thing is for sure. On the water, friendly camaraderie and good old-fashioned sportsmanship will be in full swing.

Falcone – a long-time pal of Sinclair – joked, “The reality is that I make a much better rum punch than Louis, so you know the party back home in Antigua will be much better if we take the cup.”