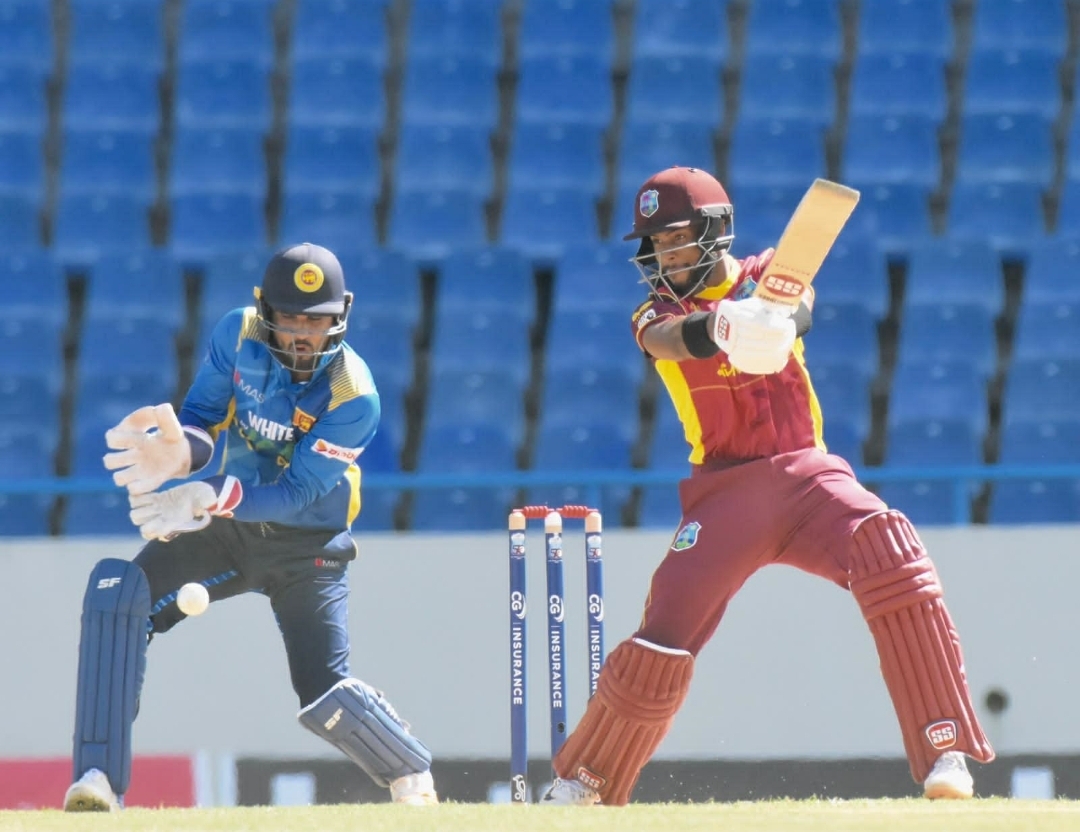 Shai Hope hit a century to guide West Indies to an eight wicket victory over Sri Lanka in their first ODI here at the Sir Vivian Richards Cricket Ground on Wednesday.

Chasing 233 for victory after the visitors were routed for 232, Hope faced 133 deliveries for his 110 as West Indies reached 236 for two with three overs to spare. The wicketkeeper bat, named Man of the Match, slammed 12 fours and one six during his 176 minutes at the wicket.

Opener Evin Lewis made 65 off 90 deliveries, getting four fours and two sixes. Both Hope and Lewis were eventually bowled by fast bowler Dushmantha Chameera. Darren Bravo (37) and Jason Mohammed (13) then saw West Indies home. Chameera’s two wickets cost him 50 runs in his quota of 10 overs.

Earlier, after winning the toss and opting to bat, Sri Lanka got a steady start from their opening pair of Danushka Gunathilaka and Dimuth Karunaratne who made 55 and 52 runs respectively.

Karunaratne was the first to go, falling in the 20th for 52, caught and bowled to Pollard.

Gunathilaka would follow in the 22th over after he was given out for obstruction. The batsman, played a length ball from Pollard at his feet. In an attempt to send a charging Pathum Nissanka back to his crease after he was already three quarters of the way down the pitch Danushka back-heels the ball, moving it out of the path of Pollard who was attempting to run the batsman out.

Pollard appealed and umpire Joel Wilson referred to the third umpire who ruled in favour of the West Indies captain.

After that, only Ashen Bandara with 50 down the order, troubled the West Indies bowlers. Jason Holder (2/39) and Jason Mohammad (2/12) were the pick of the bowlers for the home team. Pollard, Alzarri Joseph and Fabian Allen each had one wicket.

The second ODI is slated for Friday at the same venue.