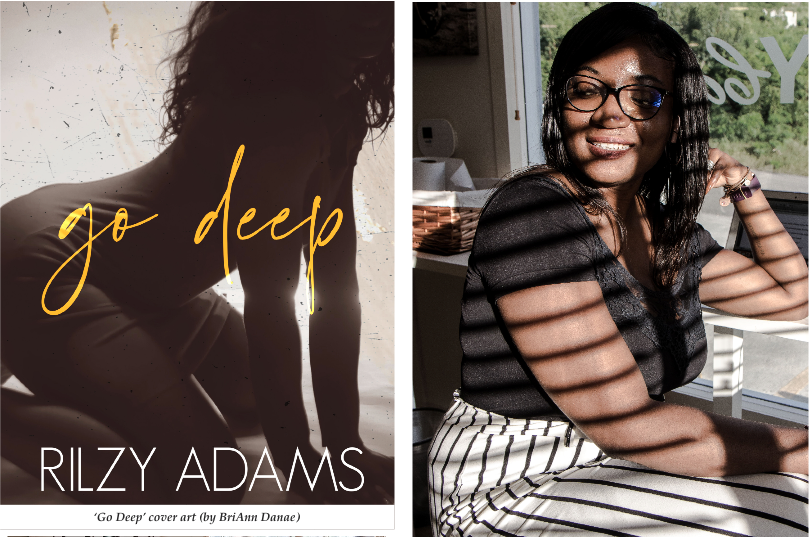 What started out as a joke with a friend has turned into an award-winning novel for Antiguan writer Rilys Adams.

Adams – who uses the pen name ‘Rilzy Adams’ – was one of 12 talented writers from across the world whose excellence in romantic fiction was recognised as among the best of 2020 by a panel of industry experts.

Adam’s earned the ‘Ripped Bodice Award’ for her book ‘Go Deep’ which has sold thousands of copies on Amazon.

Each honoree is now US$1,000 richer and has also received US$100 to donate to a charity of their choice.

The 30-year-old explained how ‘Go Deep’ – a book about a writer who enlists sexual help from her best friend to revive her inspiration – came into being seven months ago.

“My friend was like, I want a ‘friend to lovers’ book and I said, let me write you one and she thought I was joking but I did for her birthday.

“It wasn’t even the book I was meant to work on. I did it as a joke for my friend…but then it just took on a life of its own,” she explained.

Some months later, she was surprised to receive an email indicating that she had been selected as one of the winners of the Ripped Bodice Award.

Adams grew up in the village of Liberta and began writing from a young age for fun.

“I had a cousin who was really good at art and used to want to do comic books, but I cannot draw at all and my mom said to me that I don’t need to have to draw to tell a story.

“And so, the stories that I wanted to tell as a comic, I started writing them. By the time I got to State College I was writing romance novels,” Adams shared.

“I would put them in folders and circulate them; one actually became the second in a six-book series,” she explained.

Then in 2017 she published her first contemporary romance novel, ‘The Gift’.

Adams has now self-published 17 novels of the same genre; 12 set in the United States and five set in Antigua.

Of all her books, Adams revealed that ‘The Gift’ is the book that has sold and been borrowed the most, followed by ‘Will You Be Mine’ and then ‘Go Deep’. But ‘Go Deep’ is significant, she said, because it has only been out for seven months.

“Writing comes as naturally as writing can come,” Adams said as she revealed that it typically takes her about two months to complete a book.

Adams is presently working on a sequel to ‘Go Deep’ called ‘Before We Fall’ with the hope of releasing it in April.