A number of Antiguan horses will have their first opportunity in months to get some competitive races under their belt when they compete in the sister isle next weekend.

This is according to President of the Antigua Turf Club (ATC) Neil Cochrane who said six horses, four thoroughbreds and two half-breds, are scheduled to compete in Barbuda on July 18.

“The president of the Barbuda Turf Club [Abishur Thomas] and I would have had some discussions and … we are going to take down about six horses to race in Barbuda. They are excited and looking forward to having the races. They have been given permission to race over there so we have our horses and we’ve been exercising our horses for a significant amount of time since the lockdown and so some of us have decided to take the opportunity,” he said.

There have been no horse meets in Antigua since June 2019, due to multiple issues at the Cassada Gardens Race Track.

Cochrane said that for some of the horses, this will be their very first race.

“Some of the horses have not raced in actuality, so this would be their first official race, but in terms of racing in Antigua there may be one or two that may have never really raced, so they are now getting an opportunity to pull in a race until our situation over here is sorted,” he said.

There has been ongoing work at the track as the turf club seeks to improve both the track surface and the general surroundings of the facility. 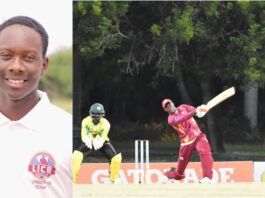