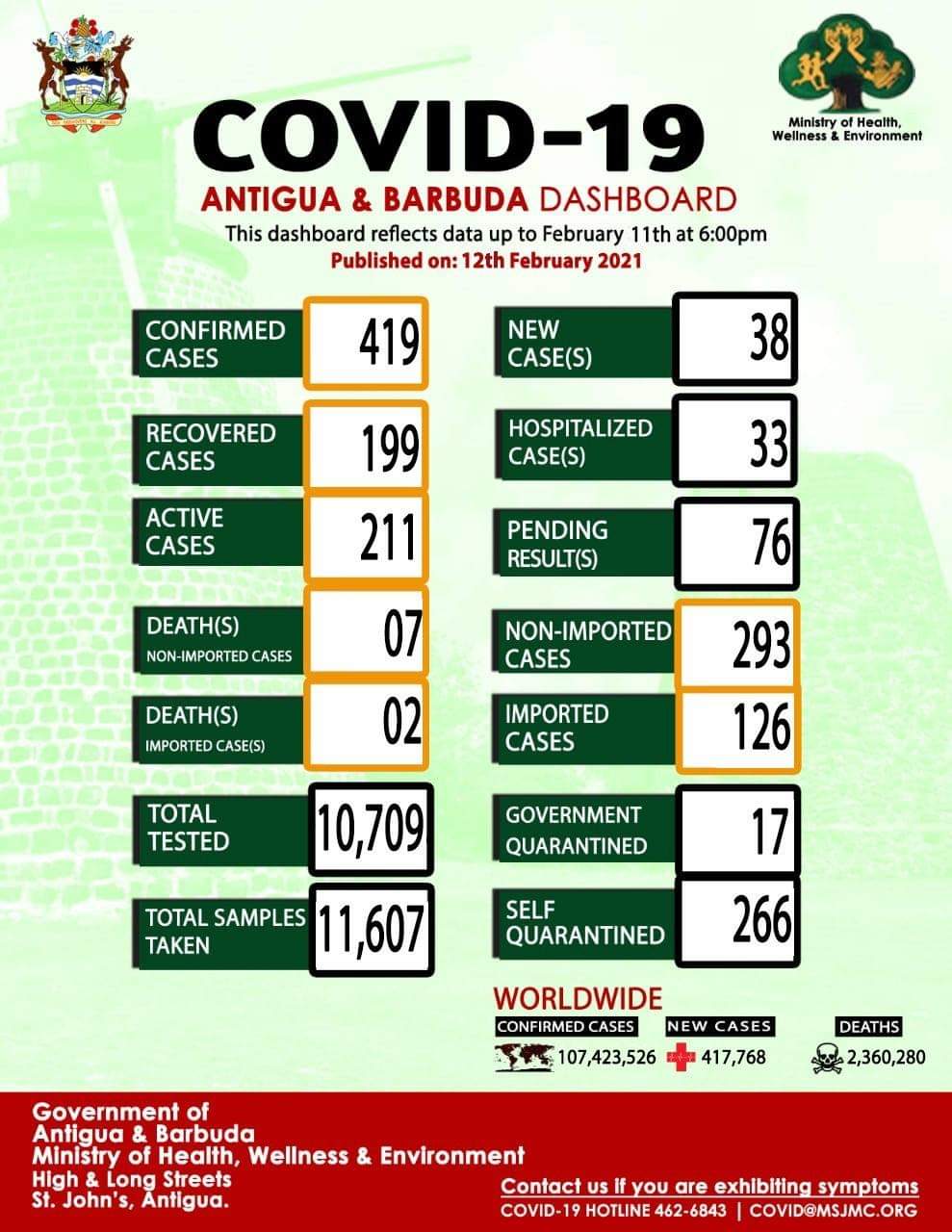 The most recent reports received by the Ministry of Health, Wellness and the Environment from the Mount St. John’s Medical Centre (MSJMC) and the Caribbean Public Health Agency (CARPHA) have revealed thirty-eight (38) new laboratory confirmed COVID-19 cases in Antigua and Barbuda as of Thursday 11th February 2021.

Subsequent to the publication of the dashboard for Wednesday 10th February 2021 with the cut off time of 6pm, eighty-one (81) additional samples were processed by MSJMC increasing the pending results from one hundred and seventy-three (173) at CARPHA to two hundred and fifty-four (254) in total.

The thirty-eight (38) cases are non-imported.  Investigations have begun and contact tracing and testing are ongoing.
The eighty-one (81) additional samples are reflected in the ‘total samples taken’ and ‘total persons tested’ columns of the dashboard.

Two (2) recoveries have been recorded bringing the total to one hundred and ninety-nine (199).

Consequently, the total number of persons with laboratory confirmed COVID-19 cases in Antigua and Barbuda is four hundred and nineteen (419); which is inclusive of two hundred and eleven (211) active cases.