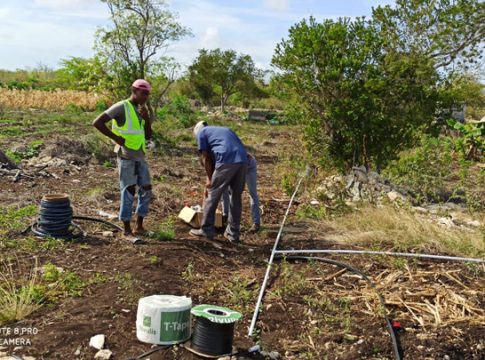 The government of Antigua and Barbuda has commended its Barbados counterpart for the establishment of a regional travel bubble that is set to benefit “many Antiguans and Barbudans”.

Effective June 30, fully-vaccinated travellers from countries including Antigua and Barbuda, Anguilla, Dominica, the Cayman Islands, Grenada, the British Virgin Islands (BVI), Montserrat and Turks and Caicos will be allowed to enter the country without the need for quarantine or a second PCR test on arrival.

Those persons will, of course, have to present a negative pre-departure PCR test and proof of their vaccination status on arrival in Barbados, but the fact they are travelling from a country deemed ‘low-risk’ will allow them the aforementioned freedoms.

During yesterday’s post-Cabinet media briefing, Chief of Staff in the Office of the Prime Minister, Lionel “Max” Hurst, welcomed the move by the Barbados government, talking up the benefits of the bubble to the people of Antigua and Barbuda.

“We gladly accept that Barbados – a place where the US embassy is housed – will allow many Antiguans and Barbudans who are seeking US visas to [enter the country] and not be quarantined for days, conduct their business and then return to Antigua almost immediately. That, we think, is a boon to Antigua and Barbuda.

“Barbados is calling it a bubble, but we are delighted to know that Antiguans and Barbudans travelling to Barbados will be treated as though they are kings and queens,” Hurst said.

He clarified that the twin island nation does not officially operate a travel bubble, with its borders open to travellers from almost any country, though under strict conditions.

“In Antigua and Barbuda’s case, we have not placed such a rule in operation continuously, so [persons] can originate from virtually any state and enter Antigua and Barbuda, provided you would have taken the PCR test and it has shown that you’re not infected,” Hurst explained.

He also reminded that vaccinated persons are afforded certain privileges when they enter the twin island state.

These established regulations, he added, are meant to allow the best ease of movement possible, while ensuring the country remains protected from the spread of the virus.

“We have not instituted a so-called bubble, but in fact have some very strict rules about entering Antigua and what one can do once one has entered.

“I believe that they amount to ensuring that those who come to Antigua and are here in order to do business, must follow certain rules that will defend the Antigua and Barbuda people against possible infection,” Hurst said.

It was not all good news coming out of Barbados for incoming travellers across the region, as countries including the Bahamas, Belize, Guyana, Jamaica, St Vincent and the Grenadines, and Trinidad and Tobago were left off the list for the travel bubble.

Vaccinated travellers from these countries are still required to have a pre-departure PCR test on arrival, but must also take a second PCR test while in the country and quarantine while they await those results.

The requirements for unvaccinated travellers remain the same, however, with a pre-departure PCR test, a second test on arrival and a minimum of five days in quarantine.

Barbie’s ready for the road

Barbie’s ready for the road

Homeless woman in ICU after falling off building – police investigate